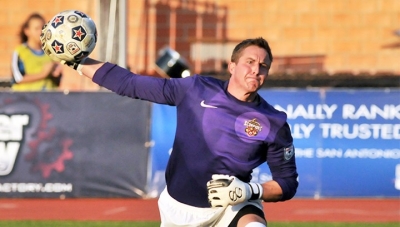 PSC are delighted to see Goalkeeping Director Daryl Sattler sign with 2014 NASL Championship Winners San Antonio Scorpions for the 2015 season. The 34 year old Keeper has worked closely with PSC in the last 18 months as Goalkeeping Director responsible for running combine goalkeeper sessions and traveling with us to Europe, coaching our showcase keepers and supporting them in their development and exposure to European teams. 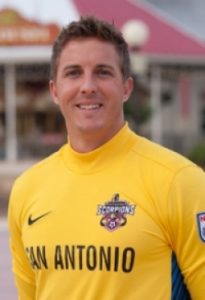 “Daryl was the best goalkeeper in the NASL in 2012 and led the team to the top record in the league that year,” said General Manage Howard Cornfield. “He’s also a leader in the locker room and is the kind of player championship teams need.”

In 2012, the Sattler led the NASL with a 0.79 Goals Against Average (GAA) and posted 13 shutouts in 26 starts – also tops in the league. Sattler made one start for the Scorpions last season, earning a win in New York over the Cosmos, and was with the team for their run to the 2014 NASL Championship.

During his time with PSC Sattler has worked with elite goalkeepers and PSC success stories such as Zac Lubin (signed with IFK Lulea, trialing with Cork City FC), Trevor Spangenberg (Chivas USA) and Alex Wimmer (trial with IFK Lulea).

Although disappointed to lose Daryl’s elite services for a portion of PSC’s annual combines and tours agency staff are delighted to see him back in action in the NASL.

“I have been blessed with many amazing opportunities to play and coach this beautiful game,” said Sattler. “I am thrilled to be returning to the Scorpions and Soccer for a Cause. San Antonio holds and will always hold a special place in my heart. I am a footballer. I love competition and look forward to defending our title.”

Daryl will continue to work and coach with PSC players during his off season and will be running camps and clinics for Goalkeepers of all ages, genders and abilities later this year. He is also available for private coaching sessions in the San Antonio area – If interested please contact Daryl directly (darylsattler@gmail.com)