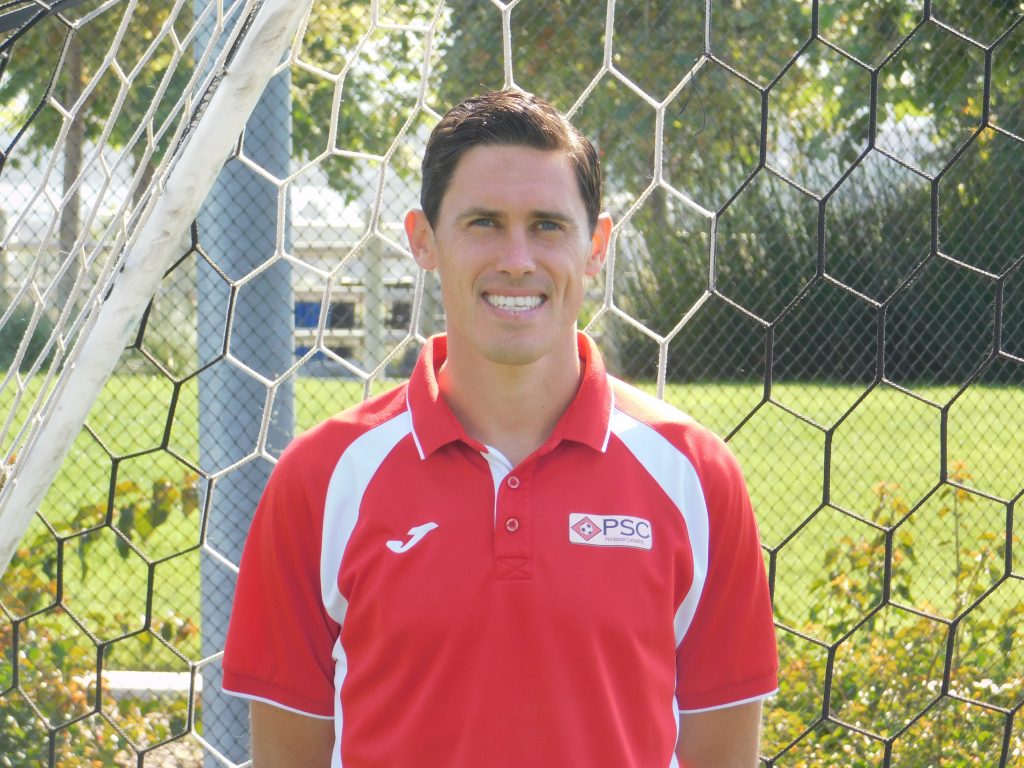 Tom Taylor has worked as one of PSC’s primary directors since joining the agency’s team in 2009. Throughout his directorial tenure, he has handled the organization and coaching of all USA programs including professional combine events, camps, professional player recruitment and international showcases. On top of that, Taylor has an impressive amount of experience playing, coaching and consulting for professional clubs such as the Tulsa Roughnecks, Portland Timbers and Wilmington Hammerheads of the United Soccer Leagues.

Orebro and Stockholm, Sweden. Great place in the summer time with excellent food, football and atmosphere!

I think getting the chance to play Manchester City with our U17 academy back in 2012. Was a great experience for our players to play at their training ground and was even watched by Patrick Vieira!

Probably when I had to play in a game vs Slovan Bratislava (Top Europa League club). It wasn’t too funny at the time as we lost 6-2 but during the first half of the match I could hear Paul, who was coaching the team shouting instructions from the side and it suddenly went quiet for a second.. I looked around once the ball went out of play and both him and the linesman were on the floor not knowing where they were!! They had been watching the game and obviously not seen each other and ended up colliding into each other with both hitting the deck.. I was in tears on the field laughing but not for too long as we were shown a lesson on how to play that day by some very good players!!

Villalobos in action against Cork City or Irish Premier League

Probably Gus Villalobos as success didn’t come right away for him. Showcased very well numerous times and didn’t get a contract. One game in particular in Finland when he scored two spectacular goals and should have got a contract offer alone from his performance against a good division 2 team. He did earn a trial in Finland but still ended up coming home with no contract. Luckily for him on his 3rd showcase he got a contract in Sweden. He moved onto play in Malta and be successful and then got the chance to coach him for half a season with the Tulsa Roughnecks in the USL. He’s a very humble person and kept persevering when it would have been very easy to give up because he had showcased very well multiple times without getting any professional opportunities.

Very hard to answer this one! A lot of good guys who I’ve become friends with after and a number have gone onto work with us in tour or coaching roles. Arron Patrick would be one who comes to mind. We still keep in touch and he’s now the Head Men’s Coach at Grace College in Indiana, so he keeps us informed with talent in that region. He was on one of our first Showcases in Turkey and ended up signing in the USL, so we get on very well with him.

Definitely telling players no or that we don’t believe they are good enough. This is a common thing we have to do and part and parcel of our business. We have to choose the best players and that means not everyone will get selected. Obviously it upsets a lot of people so you have to be thick skinned in this industry.

Dave Irving. He’s a terrible snorer!! Its a painful experience listening to that as well as having the room temperate at –30!! Although he will probably tell you differently.

If you truly want to be successful then you have to work very hard, have the right mentality, be fit and expose yourself to as many people as possible as it only takes one person to like you to forge a career in this game!

Getting the chance to travel this country and the world with the PSC staff and helping all the players that had no opportunity with a chance to play this game for a living!