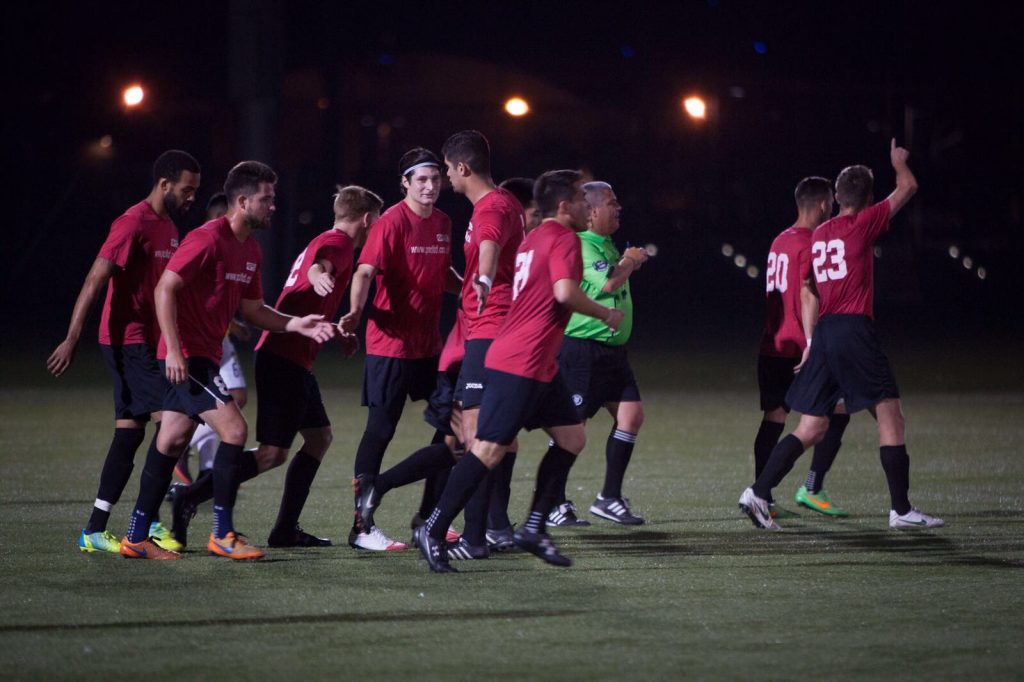 PSC FC made it two wins in as many UPSL games and twice came from behind to defeat SFV Scorpions SC 3-2 at Orange County Great Park on Saturday evening.

Hosting their first encounter since forming, PSC came into the contest with three new faces included in their squad; winger Manny Cazares and defenders Angel Sanchez and Thomas Carter all made their debuts for the club.

Despite PSC dominating possession during the early exchanges, it was the visitors who took the lead on 18 minutes.

After capitalising on a defensive mistake, the Scorpions forward accelerated towards goal and struck the ball low and hard into the back of the net to put his side ahead.

But the hosts levelled proceedings just minutes later. Sam Haynes’ first-time pass out to Brennan Livingston allowed the forward to expertly deliver a cross into the path of Cazares, who delightfully lobbed the bouncing ball over the Scorpions ‘keeper and into the back of the net.

PSC’s ascendency plotted towards their downfall moments later, though.

As the momentum of the equalising goal pushed the hosts forward, SFV won possession in the centre of midfield and orchestrated a seamless counter-attacking move – which was concluded with a square pass to their midfielder – and he neatly finished to put his side ahead with 31 minutes on the clock.

With the pendulum swinging back and forth between both sides, the contest was quickly becoming a gripping occasion.

And PSC drew level with five minutes of the opening 45 remaining, following some fantastic football. Full-back Richard Martinez played the ball to Cezares and continued with an overlapping run. Cezares delivered an inch-perfect pass to Martinez and he delivered a low cross to the back post, where Livingston was on hand to fire the ball home and make it 2-2.

SFV were reduced to ten men midway through the second half following an off-the-ball incident. In turn, this allowed PSC to stamp their authority on the contest and dominate possession. The hosts, however, struggled to break down a resilient SFV defence.

But just when it looked like both teams would be sharing the spoils, PSC found their way through the spirited SFV back line and grabbed the winner.

With 88 minutes on the clock, Cazares found himself in space on the left side of the SFV box, before fooling his opponent with a drop of the shoulder, cutting the ball back onto his right foot and producing a calm finish to net what would eventually be the game’s winning goal.

PSC finished the game with ten men as Michael Shaddock was involved in an off-the-ball incident, after deeming that he was unfairly tackled by his opponent.

“We know we need to improve a lot but the lads are working very hard. We were behind twice and came back to win, showing some great character.”

PSC will be looking to continue their winning form this Saturday evening when they face La Maquina FC at Lake Forest Sports Park. The game is scheduled for a 6pm (PDT) kick-off.