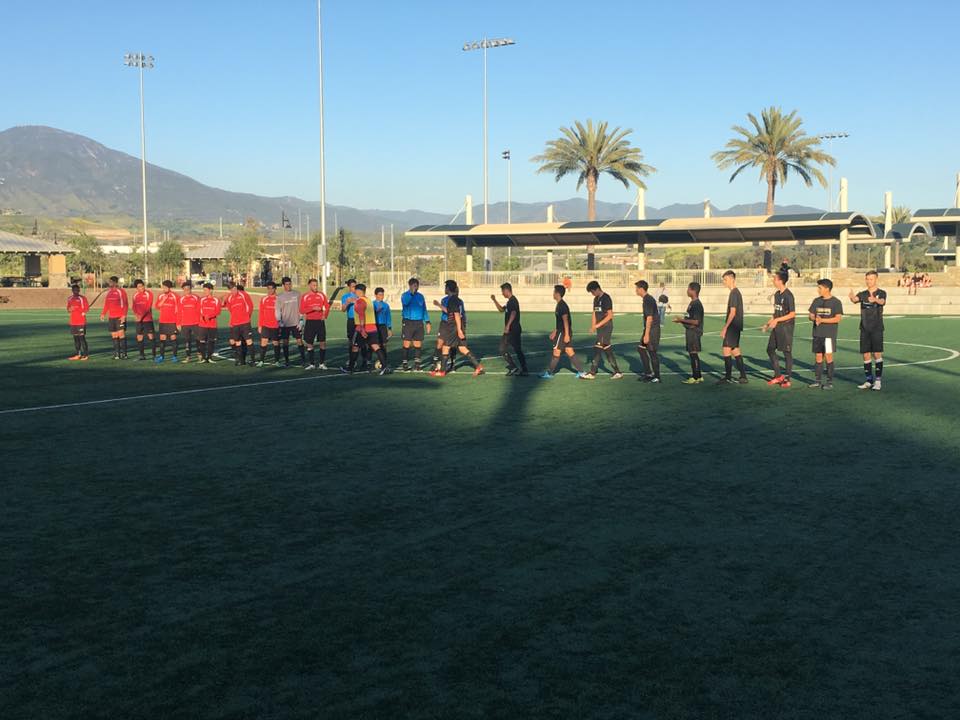 PSC FC got back to winning ways on Saturday afternoon following an impressive 2-0 victory over USA Soccer Stars FC at the Lake Forest Soccer Complex.

Second-half goals from Manny Cazares and Stevie Manios ensured PSC all three points after both teams went into the interval with the scoreline at 0-0.

Heading into the game on the back of a 4-0 defeat, PSC ridded themselves of the previous week’s disappointment and found their way into the contest after a nervy opening 10 minutes.

And Manios came close to netting the first goal of the game with 29 minutes on the clock, after beating the offside trap and firing the ball inches wide of the post.

But heading into the half-time interval, the deadlock was yet to be broken.

PSC came into the second period of the game with the same vigour they had ended the first, but it wasn’t until the 75th minute that the game’s opening goal arrived.

Some impressive play by Manios down the left wing allowed him to turn his defender and deliver an inch-perfect cross to the back post – where Cazares was waiting to volley home – netting his third goal in as many games, to make it 1-0 to the visitors.

And with three minutes of normal time remaining, PSC gave themselves that all-important two-goal cushion, as the result of a fantastic team move.

Manios held up the ball well, allowing onrushing attacking midfielder Sam Haynes to play in overlapping full-back Iarfhlaith Davoren, and after his shot crashed against the post and fell back into the penalty area, Manios was on hand to tap the ball home and make it 2-0.

“I thought we kept the ball well and looked good defensively, after a shaky first ten minutes to the game.

“We have a tough schedule coming up now, so all of our players need to be ready for what lies ahead,” concluded Taylor.