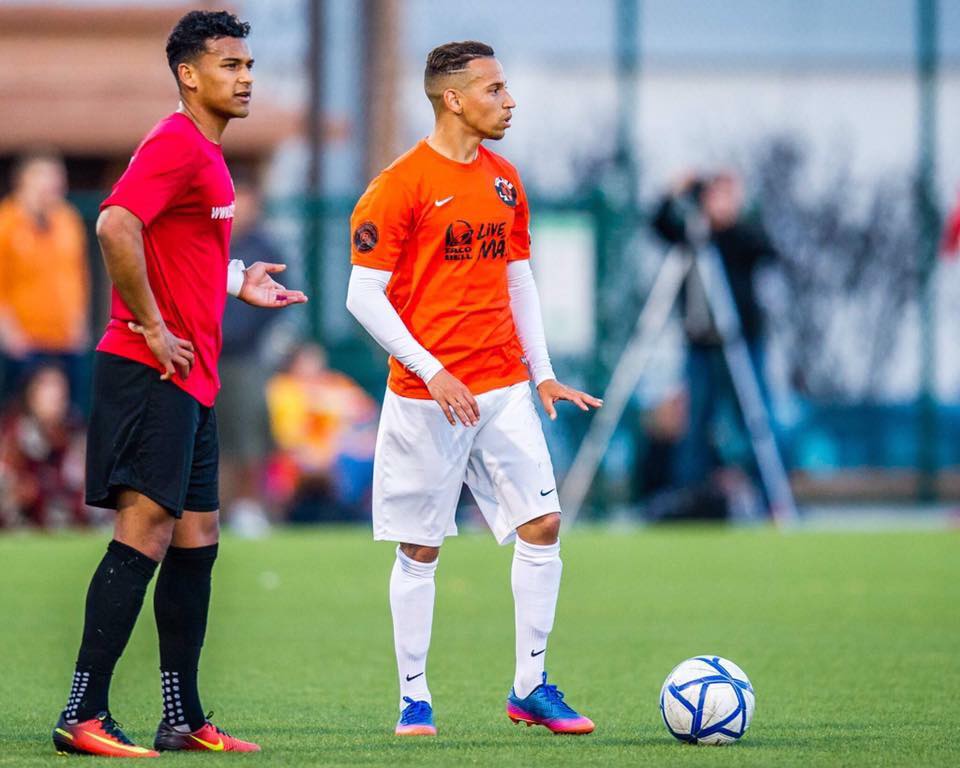 A second-half hat-trick from PSC Malta Showcase Tour attendee Charles Pitts was ultimately the game’s deciding factor – as the striker proved clinical in front of goal.

Some superb goalkeeping from former Cal State Northridge goalkeeper Kevin Marquez kept PSC in the contest in the opening 20 minutes, following early dominance from a strong LA Wolves side.

But PSC’s midfield triangle of Iarfhlaith Davoren, Manny Cazares and Mesias began to find their flow and dominate possession in the centre of the park, while Manios produced some superb hold-up play to bring his fellow teammates into the game.

And as the half-time whistle blew, both sides went into the interval with the scoreline level at 0-0.

But it was Wolves that grabbed the all-important opening goal. With 68 minutes on the clock, Pitts pounced on a loose ball that had deflected off a PSC defender and fired the ball home to put his side ahead.

Pitts displayed his natural instinct in front of goal and completed his hat-trick in the 85th minute. After beating the offside trap, the frontman found himself one-on-one with PSC substitute ‘keeper Oscar Gomez and tucked the ball home to make it 4-0.

Despite the loss, PSC FC captain Davoren spoke in a somewhat positive manner during his post-match interview.

“I honestly don’t believe the scoreline reflected the difference in level between the two sides, but Wolves deserved the victory,” said Davoren.

“We are constantly improving and have now only been together for a few weeks so we hope to learn some important lessons from this game and move on to the next one this weekend.

“Our roster is still not complete and new players will be joining the club. After that, we are looking forward training as a team, developing our game and creating a strong team bond,” concluded Davoren.

PSC FC are in action today, Saturday 1 April, at the Lake Forest Soccer Complex, with a 6:15pm PDT kick-off.

PSC will hold an open tryout on April 3 and 4 at the Orange County Great Park, Irvine. Tryouts will run from 9.30am until 11.30am on both days. Players interested in trying out can register at https://pscsocceracademy.com/upsl-pro-team/. Individuals who are selected to sign with the club will travel to Las Vegas on Thursday 6 April and will feature in an exhibition game against the Las Vegas Mobsters.