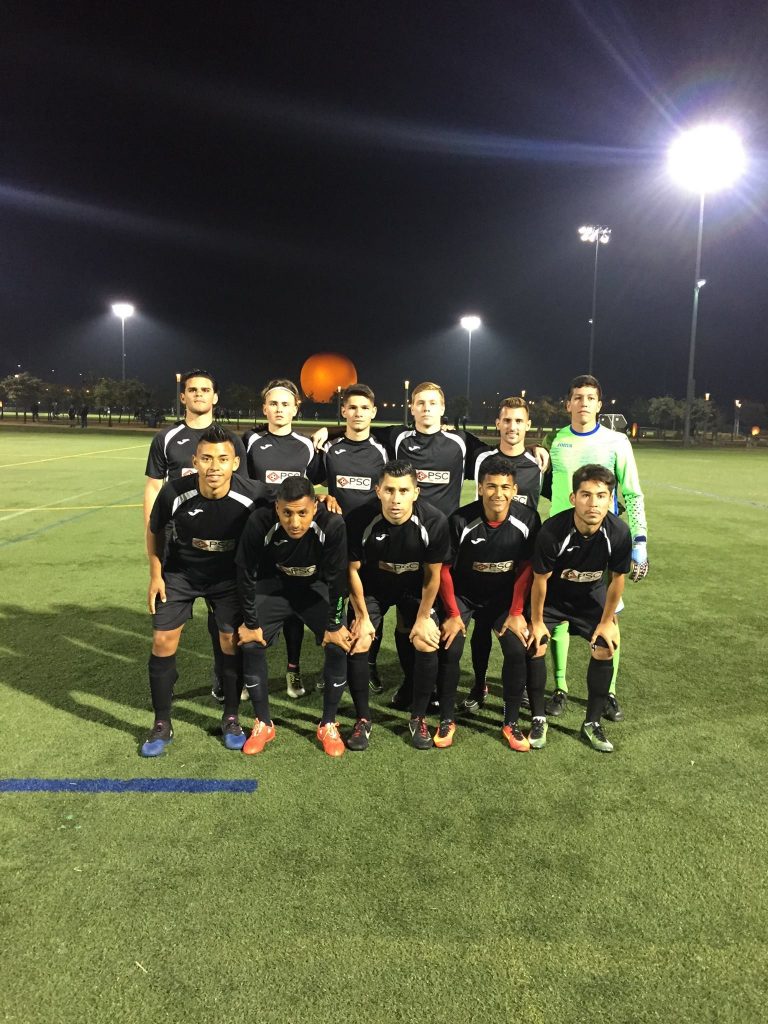 PSC FC went down 2-1 in their UPSL clash with La Maquina FC on Tuesday night at Orange County Great Park.

Manny Cazares’s second-half dismissal and a stunning stoppage-time La Maquina goal ultimately meant that PSC came out of the contest empty-handed, after taking a first-half lead.

Heading into the game, player-coach Tom Taylor opted to make several changes to the side that defeated USA Soccer Stars FC just days earlier – due to a cluster of UPSL games scheduled over a short period of time.

The early exchanges of the contest saw La Maquina dominate possession, but it was PSC who looked the more threatening side going forward, producing a number of fluid counter-attacking moves.

And it was that counter-attacking play, along with some individual brilliance, that gave PSC the lead.

Lone striker Stevie Manios received the ball facing the La Maquina goal and made an imposing run toward the opposition defence, before producing some superb skill to work his way between the two centre backs and firing a low shot past the visitors’ goalkeeper to make it 1-0.

PSC headed into the second half with confidence and continued to look threatening on the attack, but the game’s dynamics quickly changed when in the 65th minute Cazares was shown a second yellow card by the referee for perceived retaliation, meaning the hosts would have to play the remainder of the contest with 10 men.

Subsequently, the visitors piled on the pressure in search of an equaliser – and that equaliser arrived with just five minutes of the 90 to be played.

A quick move down the left side of the pitch resulted in the ball arriving to the visitors’ frontman in the PSC penalty area, and he quickly released a shot past a number of bodies and into the back of the net to level proceedings.

La Maquina not only had the one-man advantage, but also the momentum heading into the final stages of the contest, as they looked for a winning goal. But it was a piece of individual brilliance that secured the visitors all three points.

With the contest seconds into injury time, the La Maquina full-back let loose an unstoppable 35-yard strike past PSC ‘keeper Kevin Marquez and into the top right-hand corner of the net. A goal worthy of winning any game, but nevertheless a heartbreaking one for PSC to concede.

Speaking post-match, Taylor admitted Cazares’ sending off was a major turning point in the game.

“The sending off was a game-changer – I felt that we were comfortable up until that [the moment of the red card] point,” said Taylor.

“La Maquina kept the ball very well, but I felt a draw would have been a fair result,” continued an evidently disappointed Taylor.