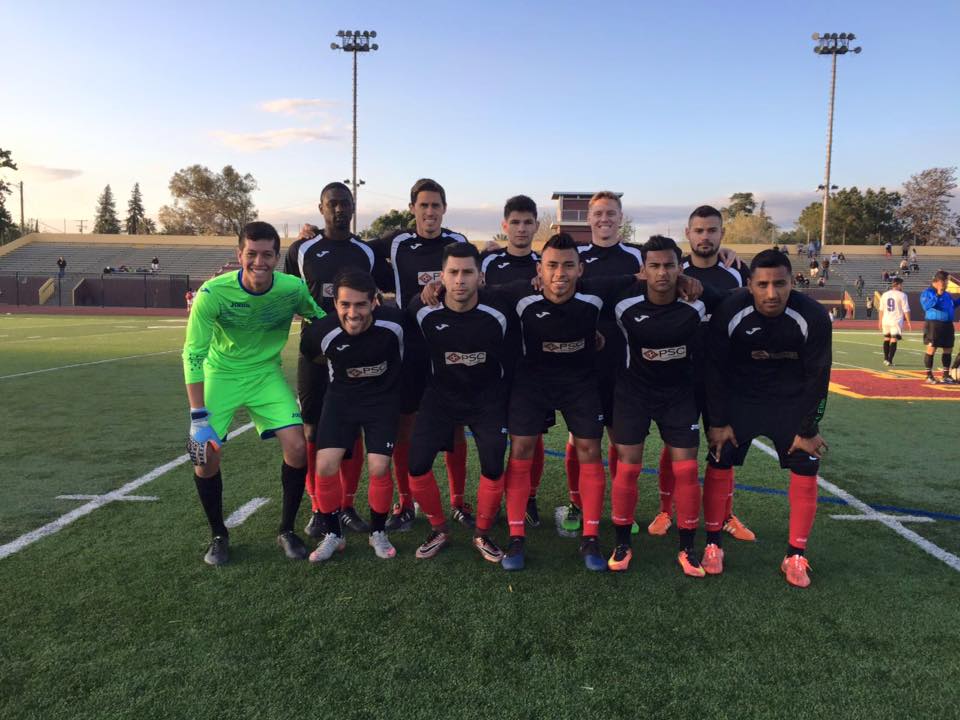 Note: This match report details the goals scored by PSC FC only.

A hat-trick from debutant Felipe Morales helped PSC FC earn a point in what was an enthralling 3-3 tie against UPSL outfit Avalanche FC on Saturday evening at Colton High School.

PSC came into the contest on the back of a narrow 2-1 defeat to La Maquina FC, eager to get back to winning ways and work their way up the UPSL Western Conference Pro Premier Division table.

After a slow start, Morales netted the first of his three goals on 28 minutes. Midfield man Jade Mesias expertly delivered a through-ball into the path of the frontman, who took one touch to set himself and sweetly struck the ball with his left foot into the bottom left-hand corner of the net.

Morales doubled his and PSC’s goal tally with two minutes of the opening 45 remaining. Full-back Richard Martinez darted forward with a fantastic overlapping run down the left side of the pitch, stepped outside of the oncoming defender and was denied by the ‘keeper following a great strike – but Morales was in the right place at the right time to tap home the rebound.

And the Colombian striker completed his hat-trick on 56 minutes in superb fashion. He timed his run perfectly, beating the opposition’s offside trap and expertly lifted a bouncing ball over the onrushing ‘keeper’s head and into the back of the net.

Speaking after the game, player-coach Tom Taylor praised the hat-trick hero’s performance. He said: “It was an exciting game and I’m delighted for Felipe. He has only been here a week and has settled in really quickly.”

Furthermore, Taylor reflected on the game in further detail.

“We are coming off a really heavy schedule and had a couple of injuries heading into this match,” said Taylor.

“After a bad start we found our way back into the game and played well for periods of the contest, producing some great attacking play at times. Unfortunately, we didn’t continue at this level for the duration of the game and ended up being on the back foot for the last 25 minutes. Kevin Marquez [PSC’s goalkeeper] kept us in the game on a number of occasions.

“We need to learn quickly how to manage games better and understand how to control a lead. Overall it was another very even game and an excellent test for the players,” continued an honest Taylor.