Casa Grande Sports World is an elite international facility that has been praised by World Cup and MLS coaches and players alike. The top professional standard fields are just one of the reasons that Major League Soccer teams, Canada’s Olympic team and even National teams as far as Denmark, New Zealand and Africa train at Casa Grande Sports World. 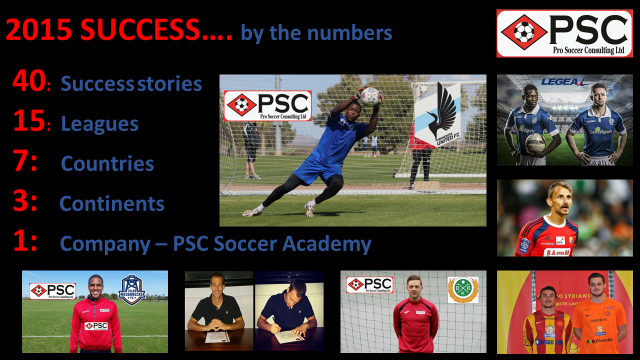 PSC’s Arizona Pro Soccer Combine is a Residential Only combine and costs $650 – Players must stay at the combine hotel to partake in the combine. This package includes:

Francisco Grande Hotel and Golf Resort has 64 rooms located in a nine story tower with beautifully appointed rooms and spacious suites. Every guest room in the tower is over-sized and has a large, inviting balcony with expansive vistas of the golf course or sports fields in the foreground and majestic mountains in the distance. Please note this is shared accommodation with 2 other combine players. If you wish to have a single room or wish to share with a friend / family member please contact us as you will need to pay for their accommodation package also.

Check in: After 3pm June 20th, 2015
Check out: June 23rd, 2015
Room: Shared with 2 other combine players
Hotel Address: Francisco Grande Hotel, 12684 W Gila Bend Hwy, Casa Grande, AZ 85193
Airport Transfers: Players registering before June 10th can also arrange discounted return airport shuttles with fellow combine participants. Two shuttles will be arranged at 2pm and 5pm from Phoenix International airport to Casa Grande on June 20th and a return transfer on June 23rd at approximately 2pm. We are only able to provide shuttles at these times so if you arrive outside of these time frames you will need to make your own travel arrangements. Registered players only should contact info@pscltd.co.uk for shuttle booking information.
*Hotel Package closes on June 10th, 2015*

Qormi FC play in the Maltese Premier League. Head Coach Mark Miller will be attending PSC combines this summer after guest coaching on our 2015 Showcase Tour to Ireland where he signed forward Gus Villalobos. Villalobos went onto score the winning goal in the final game of the season to save the club from relegation. Head Coach Mark Miller will be with PSC this summer after he had a successful season with the club saving them from relegation and guiding them to the Maltese Cup Final.

Joseph Grec is a UEFA A License coach and current a coach for Maltese Premier League champions Valletta boasting previous coaching experience with the Maltese U17 National Team and professional teams Floriana, Gozo, Pieta, Gzira and Msida FC. Valletta is one of the biggest clubs in Malta and was founded in 1943. Having won over 20 Premier League titles and regularly competing in the UEFA Europa league the team finished second in the domestic 2014/15 season. Having seen the talent available to PSC events after Qormi’s signing of Gus Villalobos Coach Grec is looking forward to identifying American talent ahead of the 2015-16 season.

The Armada are debuting in the NASL this 2015 season and have been using PSC combines to recruit players for the past 18 months. Armada staff will be attending PSC combines this summer looking to identify players for the remainder of the 2015 NASL season as well as looking ahead to their 2016 season. The Armada have attended PSC combines regularly throughout 2014 taking in taken in a number of players on trial as well as signing Guam international and PSC Agency player Shawn Nicklaw

Tulsa roughnecks are led by USL Hall of Famer David Irving who knows PSC combines well having signed over 20 players form PSC events over the last 3 years. The Roughnecks roster currently boasts players such as Oscar Jimenez, Ryan Price and Eli Galbraith-Knapp all of whom were signed from PSC’s 2014-15 winter combines

Coach Julian Lundberg of Latorp has been collaborating with PSC on our 2014 Residential Program and our 2015 showcase tours to Europe. he has facilitated in the signing of players around Sweden as well as signing three players to his own club Latorps IF

Players who perform well but are not selected to sign by professional coaches will be invited on a PSC Professional Showcase Tour. On our tours players will get the chance to test themselves against professional opposition and showcase themselves to a wider range of coaches and scouts. In the summer of 2015 Sweden, and Denmark.