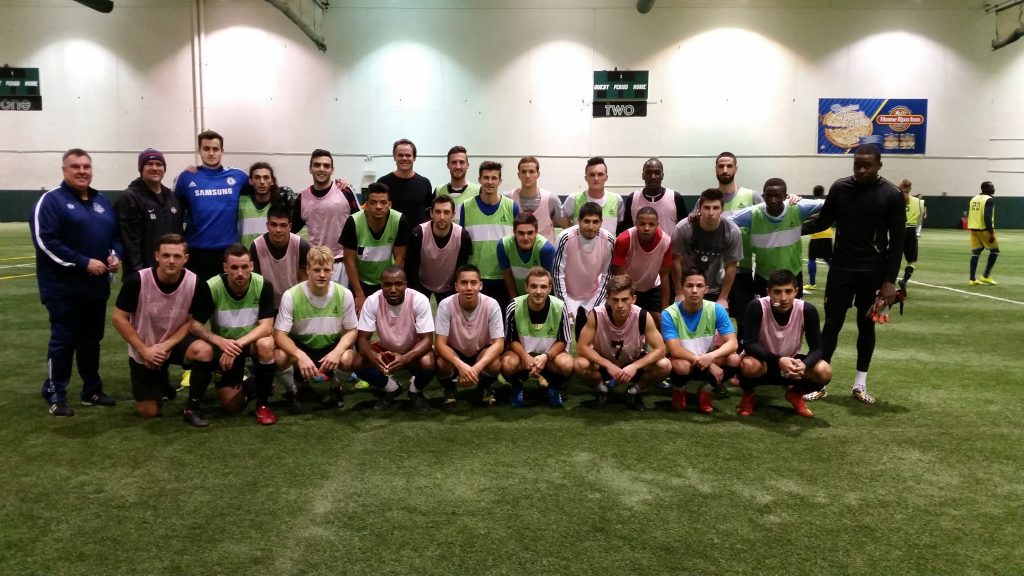 PSC’s Pro Soccer Combine costs $320. This price covers entrance to the combine and the opportunity to play in front of the attending coaches, and access to video footage from the combine. Spots are on a first come first served basis, our combines almost always sell out up to 3 weeks before day one. Players are responsible for their own transport to the combine and accommodation. A discounted hotel package is available and detailed below.

PSC are offering an optional discounted hotel package for combine players as follows:


*Please note: This is a shared hotel room with other combine players. If you wish to have a single room or share with a family member you will need to cover the costs of their stay as well.

HIFK Fotball are a Finnish club, based in the capital Helsinki, and play in the Veikkausliiga (top tier). This season they finished mid table, but having had three appearances in the European Champions League and Europa League equivalents, the club is looking for a return to their glory day next year. They play their home games at The Sonera Stadium which has a capacity of 10,000.

AC Oulu (ACO) is a Finnish football club based in Oulu. Formed in 2002, the club have played two seasons in Finland’s highest football league Veikkausliiga and seven seasons in the second highest league Ykkönen. The club are currently playing in Ykkönen. They play their home games at Raatti Stadium, which holds 5000 capacity.

Bodens will be returning to PSC combines ahead of their 2016 season after signing no fewer than 6 Combine players in the last 2 years, and trialing many more. This seasons roster currently boasts 4 PSC players Lewis Ellis (Chicago Combine, 2014), Eddy Prugh (Las Vegas combine, 2013) Gino Mauro (Sweden Tour, 2014) and Chase Miller (San Diego Combine, 2014). The 2015 season was a frustrating season for the club who looked set to gain promotion before fading away in the late stages. The club will be looking to build on that disappointment in the 2016 season and will be using PSC events to strengthen their squad.

One of the biggest clubs in the league, The Battery have won the USISL Pro League in 1996, the USL A League in 2003, the USL second Division in 2010 and the USL Pro Championship in 2012 and were semi finalists in 2013 and made the playoffs in 2014. Charleston Head Coach Mike Anhaeuser will be attending PSC’s combine in search of talent ahead of their upcoming 2016 USL Pro Season.

Tulsa roughnecks are led by USL Hall of Famer David Irving who knows PSC combines well, having signed over 20 players form PSC events over the last 3 years. The Roughnecks roster currently boasts players such as Oscar Jimenez, Ryan Price and Eli Galbraith-Knapp all of whom were signed from PSC’s 2014-15 winter combines.

Wilmington Hammerheads will be attending our 2015 winter combine after signing numerous players in the last 2 years from PSC events. Players such as Mickael Barroso, Albert Edwards, Troy Hernandez, Arron Patrick and Shaun Utterson were all signed to the Hammerheads from PSC events as well as many more. Current MLS and PSC Agency Player Luke Mulholland began his career with the USL Side before moving onto the NASL and MLS.

Julian Lundberg has been working closely with PSC for the last 18 months helping place players throughout the leagues in Sweden in both the Men’s and Women’s game. So far in 2015 he has been responsible for the signings of 15 players in the men’s and women’s game including Brett Croft and Gary Cennerazzo to Melleruds IF, and Cameron Selamie and Zak Epplette to IFK Amal among others. He will be looking for further talent from this winters combines to market to his contacts in Scandinavia.

Players are responsible for their own transport to and from the airport and fields. PSC has partnered with Uber to offer our combine participants the cheapest transportation available. All first time users of the app will receive a free $20 towards their first ride to further reduce costs. uberX is now 30% cheaper than a taxi and will take all of the stress out of traveling during the combine at the lowest possible price. Download the app today and use Promo Code: uberPSCSOCCER to redeem your free $20 ride.