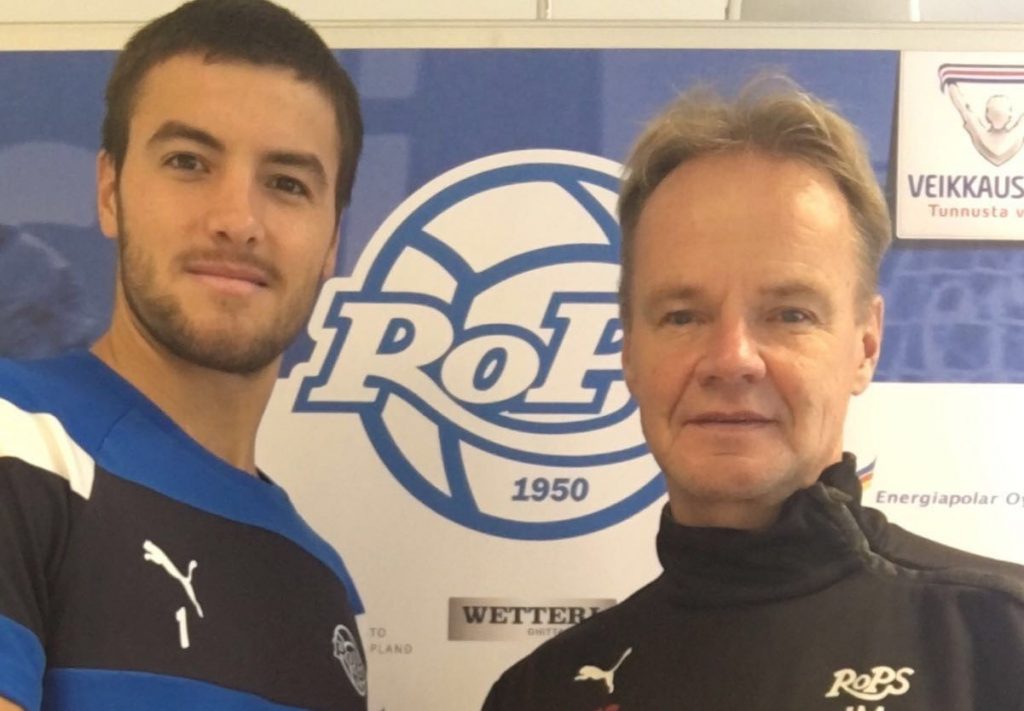 Pro Soccer Consulting combine participant Tyler Back has described signing his first professional contract as “better than winning the lottery” after joining RoPS of the Finnish Premier League.

The goalkeeper was part of the company’s Salinas event in December, but left with mixed feelings, after making a mistake during one session, before picking himself up and impressing the coaches in attendance.

Tyler’s positive mental attitude in reaction to the early setback convinced coach Juha Malinen he could play professionally, and is a great lesson for other aspiring players. His story shows that off-field qualities are valued by those at the higher levels of the game, and has left him to reflect on “accomplishing a goal”.

“Signing my first contract has been a pretty surreal experience,” he told PSC. “There’s not many times in life where you can pinpoint the exact time that all of your time spent on accomplishing a goal has paid off. Since I was a kid the idea of playing a professional sport was always compared to winning the lottery. In a way it feels like I’ve won the lottery but its better because it’s something I’ve earned. I only began to consider playing professionally as a real possibility after my second season at the University of Mary Washington. Before that I always thought it would be really cool, but I didn’t think it would ever happen.

“The exposure at the combine was great. There’s not many times you can get that many head coaches of professional teams to watch you play three days in a row. It takes away some of the pressure since one mistake won’t break your chances. I actually had a really bad mis-kick on a ball played back to me that resulted in a goal. If I only had the chance to impress a coach with one game and that happened I’m sure there’s a good chance they would pass on me. Obviously with less pressure it allows players to relax a bit more, which usually results in a better performance.”

“My biggest piece of advice for players in the U.S. who are aspiring to become professionals is to always have a positive attitude regardless of your current situation. By keeping a positive, “team first” mentality when things aren’t going your way your coaches and those around you will be a lot more willing to reach out when you need help.”

Now, the 22-year-old is naturally looking forward to playing professional soccer in Scandinavia, and says he was impressed by the combine process.

“The thing about playing in Finland that excites me the most is being surrounded by an actual professional atmosphere. I’m extremely excited to be able to just focus on playing soccer without having to worry about classes, or any other outside work. Just from a month in this environment I can already see myself progressing at a faster rate than while I was in college.”

“There were definitely a good number of quality players at the combine who could obviously play at a high level. It was great to see some excellent combinations and overall team play. At the event, all of the PSC staff were very helpful. They were always willing to answer any questions regarding tactics and made sure the players understood their answers. After the combine the PSC staff kept me in the light about my current situation. They explain the details of the trial I was offer with RoPS. This was very helpful since I didn’t have any idea how trials were executed. Since my signing they have been reaching out to make sure everything was going well in Finland.”