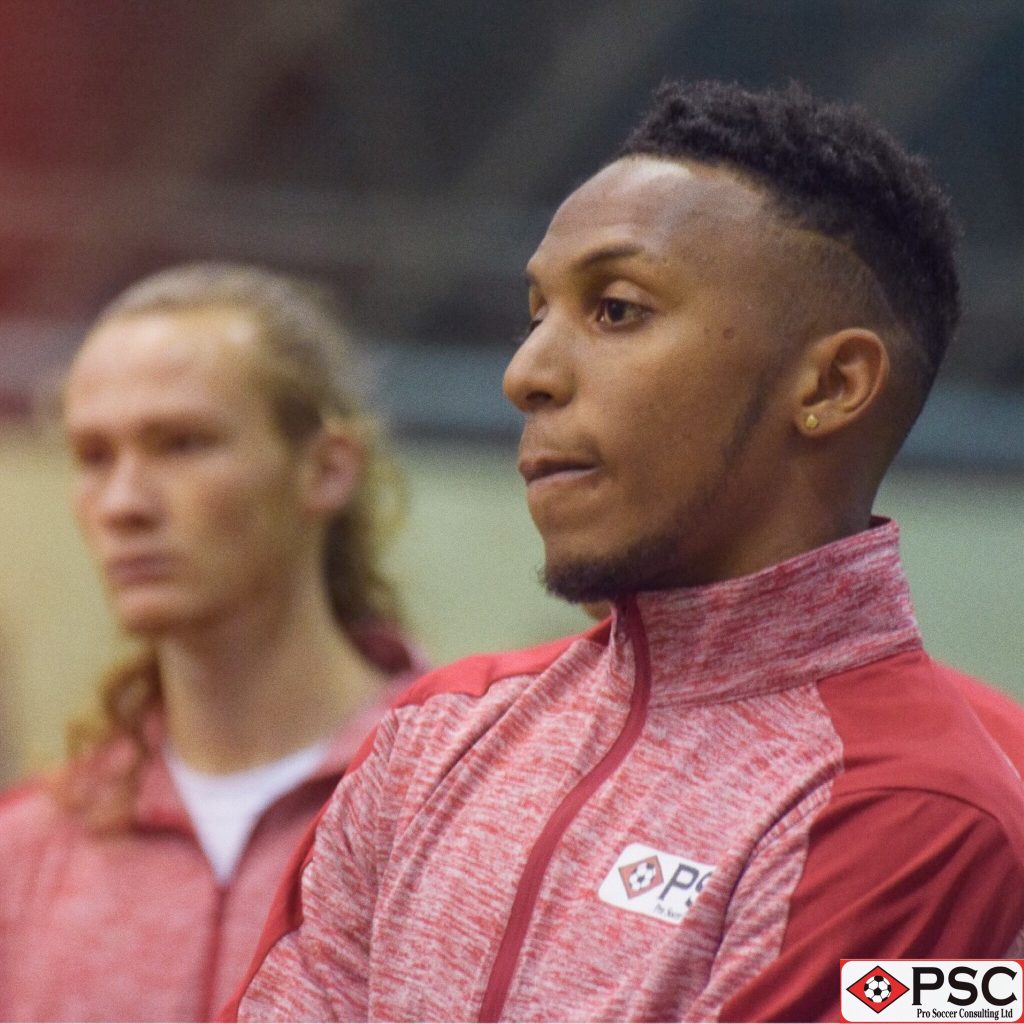 Located just 650 miles off the Southeastern US coast lies the somewhat little-known British overseas territory of Bermuda – a set of tranquil islands which have produced two of PSC’s most recent success stories.

Its shorelines are covered in uniquely mesmeric pale-pink sand, soothing turquoise waters, and breathtaking coral reefs – all serving as a welcoming invitation to an area oozing with a variety of rich culture and heritage.

It’s a far cry from the cobbled streets, towering architecture, city squares and sub-zero temperatures of the contrasting, yet equally beautiful Baltic region – where Bermudan duo Willie Clemons and Dante Leverock have come to pursue their professional soccer careers.

Following communication between several members of PSC’s Agency staff, and research into Clemons’ playing background, it was decided that PSC’s 2018 Baltic Showcase Tour would provide the 23-year-old midfielder with the perfect opportunity to develop and earn professional opportunities.

Daily professional coaching ensured that Clemons showcased the best of his ability throughout the tour, and a trial offer from Estonian top-flight outfit Viljandi Tulevik was his reward.

Viljandi presented a contract offer to the former Thomas College player, but negotiations broke down and a deal was not agreed.

Subsequently, PSC’s Agency staff recommended Clemons to Swedish side Bodens BK, a club that have signed and trialled a number of PSC players in recent years.

And PSC Managing Director, Paul Taylor, who worked closely with Clemons throughout the Showcase Tour, believes the Bermudan has all of the qualities to excel during his trial in Sweden.

“Willie displayed great attitude and desire from day one of the Showcase Tour,” said Taylor.

“Sometimes players show up and expect things to happen, because we place so many players with clubs as a result of these tours. That’s not the case – you have to show the staff and attending clubs that you have the ability and mentality to be a professional soccer player – which is what Willie has done.

“He’s possesses many excellent qualities, which I believe will help him progress to a higher level. But the most important thing is that he signs with a club that believes in his ability and allows him to compete at a good, competitive level in Europe,” concluded Taylor.

Clemons will take part in several games for Bodens in the Arnes Bil Cup this weekend, as he looks to impress the club’s coaching staff and earn a professional contract.

PSC wish the very best of luck to Willie during his trial period with Bodens BK.