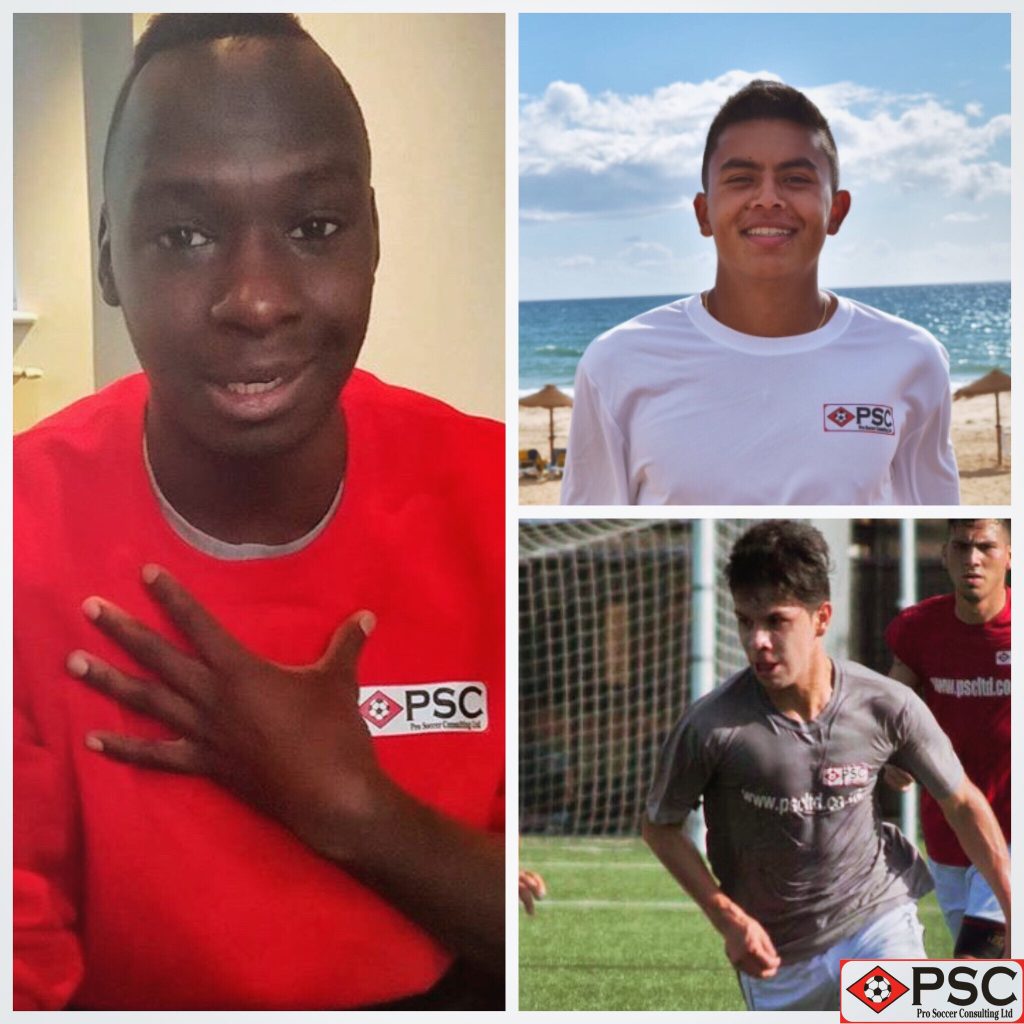 But it was the words of Girdia that resonated, after PSC Director Simon Deeley had informed the midfielder that his impressive performances had earned him his first trials with a professional soccer team.

“It’s all because of the PSC coaches,” said Girdia, after he was asked what the biggest influence towards his success had been.

Just six years ago, the 20-year-old North African was living amidst a civil war in his home country of Libya – but now, thanks to a 2013 UNICEF relief effort, he and his family reside in the US state of Massachusetts.

A move Stateside changed many elements of Girdia’s everyday life, but one element that did remain was his passion for soccer, and the dream of becoming a professional player.

Girdia’s combine evaluation from PSC’s staff concluded that he had demonstrated his talent, but needed to improve the tactical side of his game in order to progress to the next level.

It was decided that close work with PSC’s professional coaches during the Baltic Showcase Tour would offer him an opportunity to both improve and compete in showcase games, with a greater amount of clubs in attendance.

A week’s worth of daily training, video analysis sessions, one-to-one meetings with coaches, and three showcase contests brought about vast improvements in the former Lynn United player’s performances, who by his own admission didn’t give his best showing in the opening two games of the tour.

Having taken on board invaluable advice from former English Premier League midfielder Martin O’Connor and ex-Irish and Scottish top-tier player Declan Roche – both of whom are PSC coaches –  Girdia demonstrated significant improvements in his game, and reaped the rewards.

The Libyan put it all together in game three, and produced what was his finest performance of the tour, against Latvian side FK Super Nova. Subsequently, PSC Agency staff recommended his services to Tukums.

And Deeley, who monitored Girdia in both the USA and the Baltic region, expressed his delight in witnessing the progression of the midfielder.

“The improvements in Abi’s game have been night and day since attending the tour,” said Deeley.

“Like many players, he took a little time to settle at the start, and his travel delays didn’t help, but the performance he produced in game three was deserving of this trial opportunity. It’s testament to the fact that you only need one good game in front of the right people to get the chance you deserve.

“Stories like Abi’s are the reason we host our Showcase Tours, and it’s the same case with a lot of players in America: they have the physical and technical attributes to progress, but lack the tactical understanding that’s needed to break into the professional game.

“In staging these tours we help players showcase to the best of their abilities and attract interest, just like Abi. It’s no exaggeration to say that if Abi had not taken his chance and backed himself to attend this tour, he would not be trialling with Tukums, and he wouldn’t have improved his game as much as he has.

“It brings great joy to our coaches and staff to see players develop in this way and get the chances they deserve. The rest is up to Abi now – if he can go into Tukums and perform how he did in game three, I am sure good things will happen,” Deeley concluded.

The Columbian forwards lined up against Tukums for PSC’s Showcase Team earlier this week, and caught the attention of the club’s coaching staff with their superb individual performances.

Both players combined to net all of three PSC’s goals in the contest: Vargas netted one and created one, while Castillo got his name on the scoresheet twice in the 3-1 victory. You can watch highlights from the encounter here.

Vargas and Castillo’s trial offers come on the back of an abundance of interest from clubs in the Baltic region. Last week the South American duo trialled with Lithuanian top-tier team FK Kauno Žalgiris, and will look to continue their impressive form in the coming days.

All of the staff here at PSC wish Abitalib, Jeison and Thomas the very best of luck during their trials with FK Tumuks 2000.