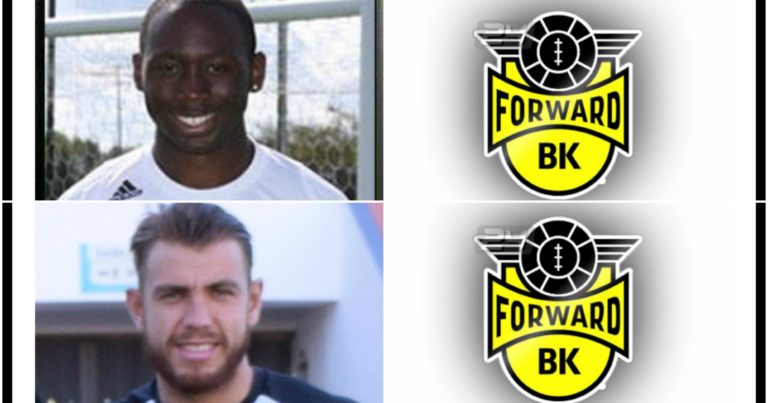 Forster attended our 2016 Showcase Tour of Portugal and Spain, putting in a number of impressive performances from the centre of midfield, leading to a recommendation from PSC Coach Patrick Walker to Forward Head Coach Rickard Nilsson.

And Walker revealed just why he was so impressed with Forster during the Showcase Tour.

“Ali came to Portugal and proved to us, both in his ability and character, that he was capable of playing at the professional level,” said Walker, a former coach in Sweden’s top tier of football.

“It is so important to see how a player reacts in that professional training environment; how they respond to coaching advice, and most of all, how they compete against the professional opposition they are tested against during the tour. Once we have seen this, we can comfortably recommend them to clubs knowing that they will impress,” he continued.

Oki, placed into two Swedish teams by PSC since attending our Irvine Combine in 2015, also earned his trial via recommendation from PSC’s staff. The central defender, in addition, trialled with Irish Premier Division outfits last year.

Furthermore, Walker, who worked with Oki during PSC’s 2015 Showcase Tour of Ireland, only had positive words to share about the player. He said: “Sam is a big, strong centre back who has performed well at this level [Swedish Second Division] before. We hope to see him progress with Forward, as it’s a great club and a good place to develop with Rickard and his staff.”

And Scotsman, Forster, spoke of the various ways in which PSC’s Showcase Tour has benefitted him as a footballer.

“PSC have been amazing,” said Forster.

“Not only have they [PSC] kept to their word and organised this opportunity for me, but I learned so much from the coaches over the course of two weeks.

“The staff helped me improve my weaknesses during a short period of time; they make you feel like a professional player.

“The training facilities were second to none and the teams we came up against gave me a real taste of how it would feel to play at the professional level,” continued the midfielder.

The duo joined up with Forward earlier this week and will be looking to impress coaches ahead of the Scandinavian club’s forthcoming campaign.