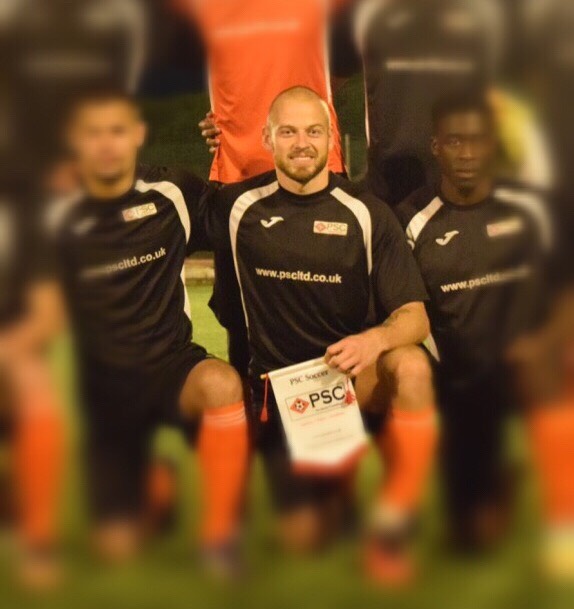 PSC Showcase Tour player Gary Cennerazzo has earned a trial with Czech second tier side FK Varnsdorf, after impressing scouts during our most recent tour of Portugal and Spain.

Gary will travel to the Czech Republic later this week before beginning his trial with Varnsdorf – and expressed his delight after being rewarded with the opportunity.

“I’m really excited – I’ve heard a lot of good things about the Czech Republic and the standard of football over there,” he said.

“I’ve visited Prague before and I cannot wait to get out there and test myself at a very good level,” he continued.

The 27-year-old defender had already tasted success after attending two of PSC’s previous Showcase Tours of Sweden (2015) and Malta (2016), signing with Swedish outfit Melleruds IF and Tulsa Roughnecks FC, respectively, before landing a trial following his latest tour.

And Gary spoke of how vital PSC’s tours have been during his journey as a professional footballer. He said: “These tours have been a great way for me to showcase my talent. They have helped open doors that I wouldn’t have been able to get through on my own. If you believe you’re good enough and want to learn from highly experienced coaches then I absolutely recommend the tours to any player wanting to get better and make it in the professional game.”

PSC Director and former Tulsa Roughnecks Assistant Coach, Tom Taylor, has witnessed Gary’s progress over the past two years and was full of praise for the Scotsman.

“I’m really pleased for Gary – this will be another great opportunity for him,” said Taylor.

“He’s been on a number of Showcase Tours with us over the years and has been a true professional both on and off the field. His professional manner and consistent performances are the reasons he continues to get further opportunities with PSC; it’s how he’s progressed from playing non-league football in Scotland to earning professional playing opportunities in Sweden, North America and now the Czech Republic,” he continued.

And Taylor commented further on how Cennerazzo’s belief and hard work has benefitted him during PSC’s tours.

“Trial situations are never easy for players, but Gary is a great example of how our programs can be rewarding for players who are willing to believe in themselves and put in the hard work. He has performed at the professional stage on every trip with us and rightfully deserves a further opportunity in the game,” concluded Taylor.

Furthermore, Cennerazzo spoke highly of the staff at PSC for the help they have given him during his professional football career.

“The staff at PSC have been wonderful to me and I can only thank them,” he said.

“They have always looked after me and have certainly played more than their part in helping me do what I love for a living. I will always be thankful to all of the coaches who have given me advice and helped me take my game to another level,” he added.

All of the staff here at PSC wish Gary the very best of luck during his trial later this week.