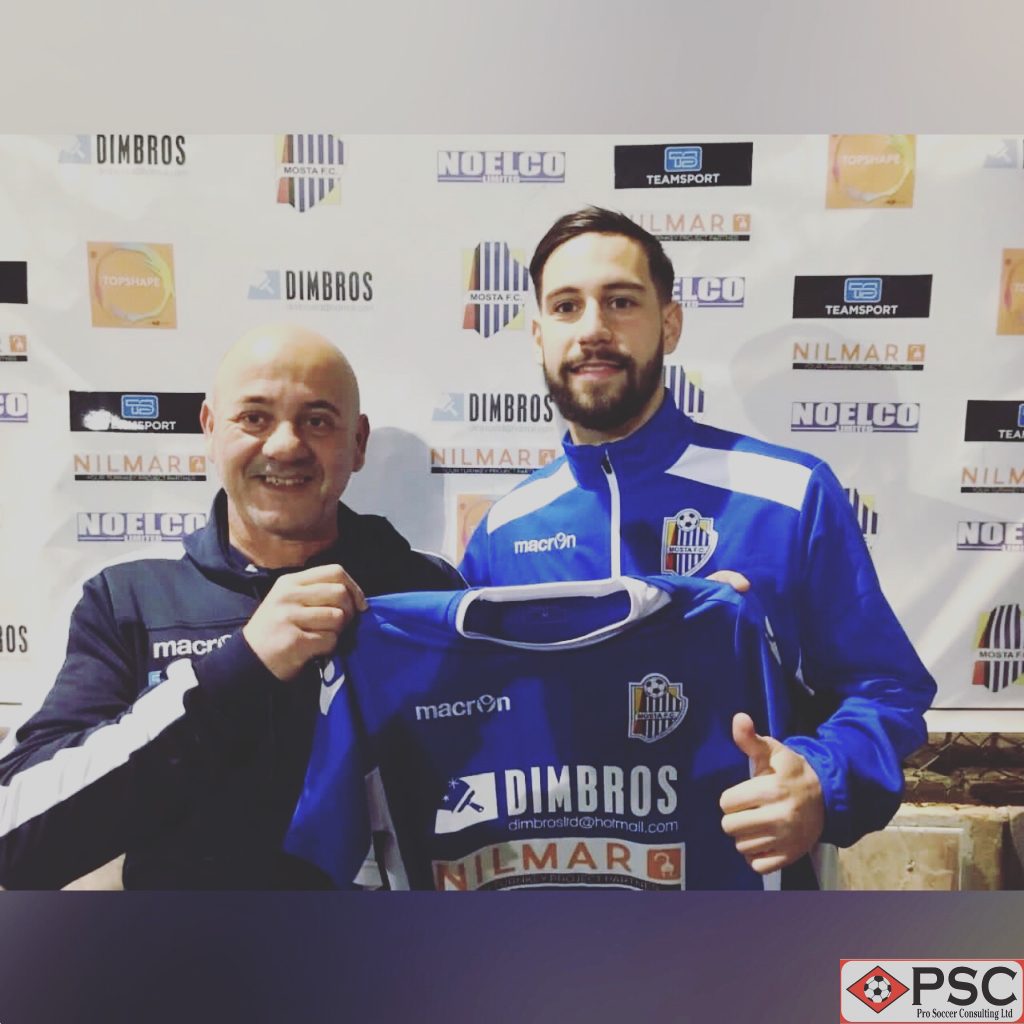 Upon the conclusion of the tour, PSC received contact from several sides regarding the services of Cuomo, and following discussions with PSC representatives and the club, the 25-year-old midfielder put pen to paper on a deal with Mosta.

“I’ve had aspirations to play professional football in Europe since I was young,” said Cuomo, when reflecting on his move to Mosta.

“Finding out that I’d be joining a European club was even more special for me, because I knew that I would be fulfilling a dream of mine,” he added.

Indeed, this instalment of Cuomo’s professional soccer career has landed him some 6,000+ miles from his former club, San Antonio FC, whom he joined after emerging as one of the standout players during PSC’s Orlando combine event in January 2018. And from competing in tryouts, to travelling the globe, Cuomo’s journey with PSC has brought him the ultimate rewards.

“PSC’s staff have been great to work with, as they have given me a platform to become a professional footballer and be viewed by coaches all over the world,” said Cuomo, a Greece Athena High School graduate.

“Tom Taylor, Simon Deeley [PSC directors] and Guy Newman [UPSL Programme head coach] are just a handful of the staff that have always been in my corner, and been supportive in providing me with opportunities to repay my efforts both on and off the pitch. For this, I am very thankful to PSC, and choosing to work with them was an easy decision.”

Part of Cuomo’s PSC journey and, indeed, the vehicle which helped deliver his European dream, was the 2018 Sweden Showcase Tour, and it’s an experience that he fondly reflected upon.

“The coaches were top-class, wanted the best for us, and gave the best insight for each and every player to succeed, gain interest, or secure a contract from European coaches and scouts,” said Cuomo.

“Ultimately, the tour ended up working out very well for me, because my coach, Mark Miller, is now my coach here in Malta. He brought me on board and I am very thankful to him for believing in me.”