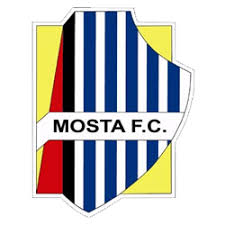 David attended his first pro combine with PSC in January and was therefore elated to standout and earn himself a pro contract so quickly after attending only one tryout. “The motivation for me attending (the combine) was not wanting to give up on my dream of playing professional football even after set backs that I’d had in life.”

After having a strong season with Houston FC in the USL League Two then David came into the combine having played a good amount of games and showed high levels of fitness that helped him put in 3 days of quality performances at left back. He was recommended to tryout by his coach Bruce Talbot who had previously coached in the USL Championship with North Carolina FC and Wilmington Hammerheads.

Having never visited Malta before David was incredibly eager to travel there once the tryout opportunity was offered back in July after impressing the PSC staff in Texas. “The thing I’m most excited for about playing in Malta is improving as a player as I can now fully devote my time to becoming a better professional footballer”.

David was recommended to Mosta FC by PSC Director Tom Taylor. Mosta FC are led by UEFA Pro license coach, Mark Miller, who has attended numerous PSC tours and combines in recent years and has provided PSC with an official mandate to recruit on his behalf at USA events. The club has signed numerous PSC players over the years and offers a great pathway for American players to begin their career in Europe at a Premier League level.

David spoke enthusiastically about PSC and reflected on the overall experience with them “I definitely enjoyed the PSC combine and the different professional coaches in attendance as they gave me great constructive feedback to improve my game and make it at the professional level.”

When questioned about the event David stated that “the combine was very organized and it went very smoothly”.

“I’d like to thank the PSC coaches for this opportunity and my mom and brother for all the support they’ve given me in the journey that’s culminated to this point.”

Everyone at PSC would like to wish David the very best in his professional journey and looking forward to following his progress during the 2019/20 season in Europe! Malta is a small Mediterranean island located off the coast of Italy and will be home to a number of PSC players for the upcoming season.

If you want to follow in David’s footsteps and start your pro career in Europe or the USA check out one of our upcoming tryouts.