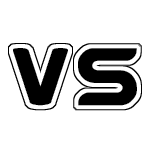 The difference between PSC Soccer Academy and AX Soccer Tours

We have had many players inquire as for the difference between ourselves PSC Soccer and a company called AX Soccer and we are more than happy to transparently explain these differences to players.

Here at PSC have been running combines for the past 7 years and for 4 of those years AX Soccer recruited players and sent them to our events to showcase professionally. As of January 2017 AX, by their choice, no longer work with us and do not send players to our events.

Our agency has an excellent reputation in the professional game which has been built since our formation in 2002 through working with clubs, players and coaches from across the Premier League, MLS, USL and top European league with great success.

For example, Manchester City’s badge is present on the AX website, but AX Soccer have no relationship with Manchester City. PSC, however, helped place current first team player Oleksandr Zinchenko with the Premier League giants. PSC have also played showcase games against Manchester City Youth team as well as having important contacts at the club,

Since 2017, AX soccer are now running their own events and have disappointingly continued to use PSC’s content, success stories, and hard work of PSC’s staff, to sell their new events.

This is to prove that they were a product of PSC’s contacts and efforts, and not AX Soccer. Some of these players may have been recruited to attend an event by AX Soccer, but it was undoubtedly, and unquestionably, PSC’s staff, network, and contacts which led to them signing, or trialing, professionally.

Matt Silva
Signed to Bodens BK by Christian Samuelsson (who continues to attend our events every year and has no involvement or relationship with AX Soccer). Bodens have consistently signed players from PSC events over the past 5 years and Christian Samuelsson has a testimonial on our website

Zak Epplette
Placed with IFK Karlslunds after the recommendation from Patrick Walker, PSC Residential Director. Since then Karlslunds have signed a further 6 players form PSC Soccer and none from AX Soccer.

Chaim Rosarie
Signed with Jacksonville Armada through Nathan Walter, who continues a working relationship with PSC Soccer, and does not work with AX Soccer.

Minh Vu
Also placed with Jacksonville via Nathan Walter after attendance at a PSC combine.

Zac Lubin
Signed by IFK Lulea after a recommendation from Patrick Walker, and again in Ireland with Cork City by Declan Roche.

Cameron Ormsberg
Placed with Tulsa Roughnecks by Tom Taylor who was an assistant coach at the time.

Andy Hackbarth
Placed on trial with Galway through Declan Roche

All of the staff listed above can be found at our PSC staff page and exclusively place players on behalf of PSC Soccer and no other company.

AX Soccer claim to also have over 200 success stories yet do not list them on their website, and the majority of those that are listed are fraudulent, as shown above.

Why choose a PSC Event?