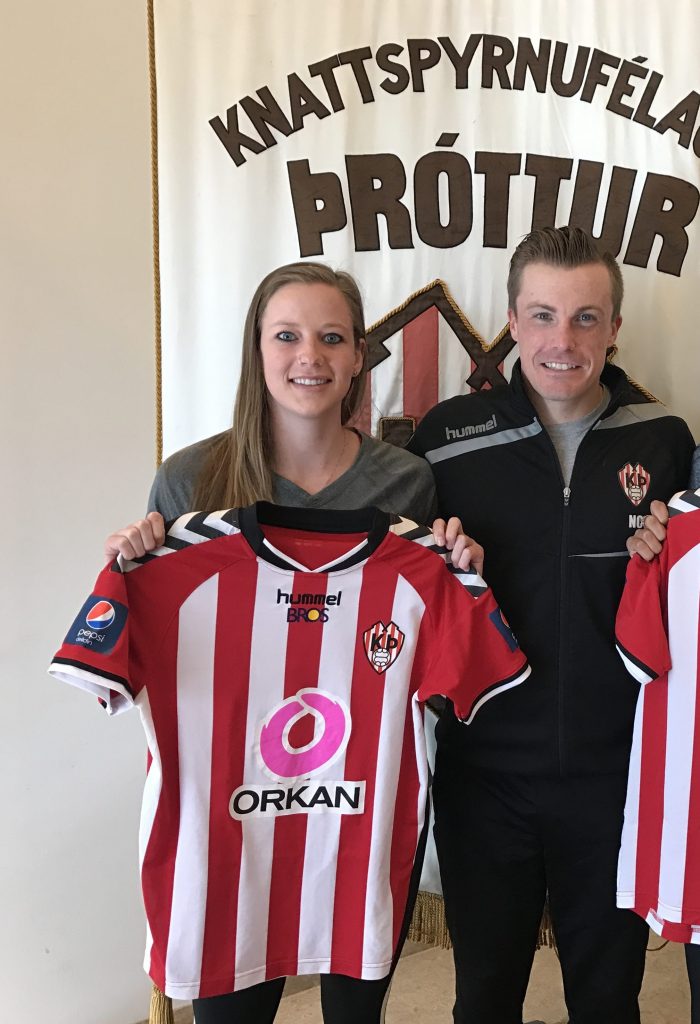 The 22-year-old attended our San Diego Combine in December last year and trialled with two Icelandic clubs following the event – FH and HK/Víkingur – who compete in the country’s Premier League and First Division, respectively.

Despite being impressed with Mansfield, both of the aforementioned sides decided against signing the midfielder and she moved on to trial with Throttur, where she would later pen a deal with the club.

Speaking on PSC’s involvement in her move to Iceland, Mansfield said: “Without my experience at PSC and the opportunity to fly out to Iceland, I would not be playing in the professional leagues here.

“I’m very excited to have signed with Throttur and I think I will be a great fit for the club. It’s such an amazing opportunity and experience that PSC helped make possible,” continued Mansfield.

And Throttur Head Coach Nik Chamberlain revealed just why he and his colleagues opted to add Mansfield to their squad after her trial period.

​”Michaela’s athleticism stood out straight away,” he said.

“Considering what time of year it was and how long it was since she had last played, you could tell that she wanted to impress. We’ve seen her a few times now and we very much like what we see. She’s good on the ball, explosive and most importantly looks like she can finish.

“Her character of wanting to win will help bring the team up another level. She is a nice girl off the field, too,” added Chamberlain.

Furthermore, Chamberlain commended the manner in which PSC operated during Mansfield’s transfer. He said: “This was my first experience in dealing with a company from a coaching point of view and it was an excellent experience.

“The process and communication was smooth and there were never any problems. Michaela was kept in the loop the whole time – it was extremely professional. If we look for players in the future PSC will be my first stop,” he continued.

PSC Director of Women’s Combines Simon Deeley was a key figure in helping Mansfield acquire a club over in Iceland, and was full of praise for the former University of Colorado, Colorado Springs player.

“Michaela was one of a number of standout players at our California Women’s Combine this December,” said Deeley.

“She fully deserves her chance in Iceland, both for her ability on the field and her temperament and character off the field.

“I’m excited to see how she gets on this year – if she continues the form she displayed at our tryouts it will be a successful year for her,” he continued.

All of the staff here at PSC wish Michaela the very best of luck during her forthcoming season with Throttur.

If you would like to follow in the footsteps of Michaela and start your own professional career, please e-mail info@pscltd.co.uk for more information on PSC’s programmes.