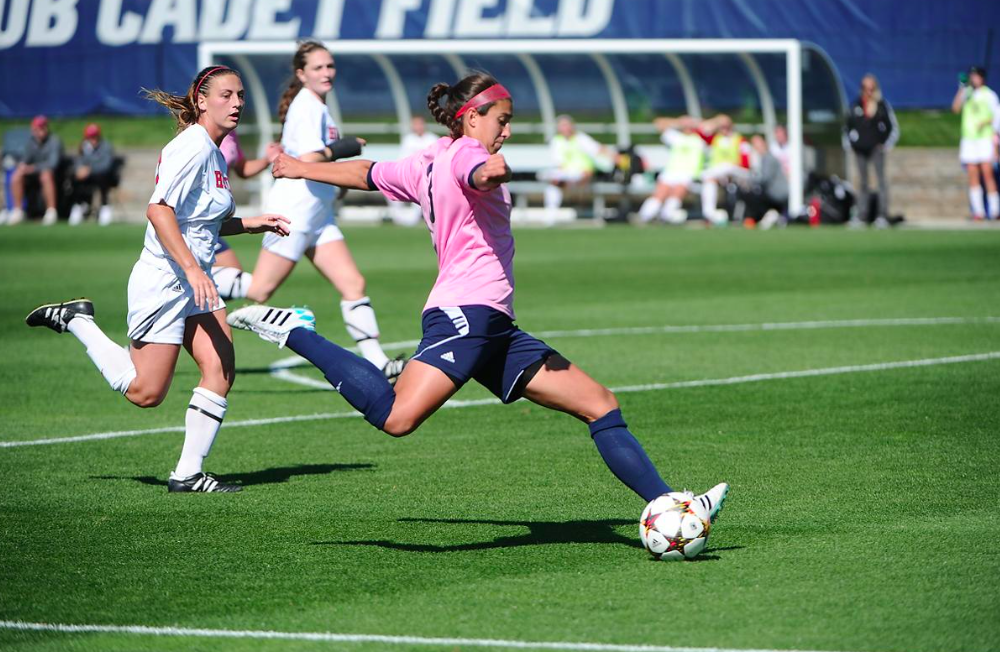 Smith graduated from the University of Akron just two months before signing the deal, and attended the company’s Fort Lauderdale combine, becoming the third player to join the Scandinavian side after impressing at a PSC event after Tori Christ in 2015 and Lauren Prott earlier this week.

The 24-year-old forward says that, with the help of PSC, she has now achieved a life-long aim, and explained that hard work meant she stood out in a group of “very high quality” players at the combine.

How does it feel to sign your first professional contract?
Signing my first contract feels great! I have wanted to play professional soccer my whole life and this has always been a goal of mine.

What excites you most about playing in Sweden?
Being able to compete at the next level. I’m very excited to get the opportunity to experience Sweden and everything it has to offer. I have never been to Europe, so having the chance to live there for eight months is very exciting, especially in a country I have heard so many good things about and for such a well-established club. Being able to play in a country that appreciates soccer so much is very exciting.

Describe the moment you heard of Vasteras’ interest…
I received a call from Simon Deeley at PSC, and he told me a club in Sweden wanted to sign me. I was very excited and relieved that all my hard work had paid off. After the combine I was very excited and anxious to hear back from Simon. He got back to me fairly quickly and kept in touch during the process. It was pretty unexpected how quickly everything happened. I graduated college in December, and two months later I am signed with a professional team. I am anxious to get over there and start working with the team.

What motivated you to attend the PSC event?
I heard about the event from my teammate/roommate. She attended the 2015 San Diego women’s combine last June and really enjoyed the experience and recommended it to me. She motivated me to go to the Fort Lauderdale combine with her. PSC is the first and only agency I heard about and made contact with, thankfully they did such a great job I didn’t need anything else. The quality of players at the combine was very good, which was great because playing with good players improves your game and makes everybody step up. What I liked most about it was we were put into teams and assigned one coach which we stayed with the whole day. That definitely helped me feel more comfortable and allowed us to work together to showcase ourselves instead of everyone trying to do it individually. The coaches and staff were fully engaged the whole time, and I feel like I received the exposure I was looking for.

How is your ongoing relationship with the PSC staff?
It’s great! During the combine, they were very friendly and engaged. They gave me tips and advice during the games and the coaching we received as a team was great. On the last day of the event, I spoke with two of the staff members individually; they gave me great advice on what I needed to work on and how I could improve. They said they felt comfortable recommending me to coaches and clubs in Europe. After the event, Simon was in contact as he said he would be, and kept me in touch with what was happening. The thing I was so impressed with was how honest and reliable they were. They didn’t make any outstanding promises, and everything they said would happen, happened. I am very grateful for this opportunity and the quality service I received.

Would you recommend PSC combines?
I would definitely recommend PSC to other players looking to play in Europe. They are honest, organized, and very connected to European soccer. Even though I went to this combine to showcase my abilities, I feel that I learned a lot from the coaches, and built great connections.

Finally, what advice would you give other players thinking of attending an event?
Never give up, if playing professionally is what you really want to do. I didn’t have the best college soccer experience before transferring to Akron, and faced a lot of adversity in high school, which I thought would hinder my chances in playing professionally, however I stuck with it and used my resources to make it possible. Networking is huge in the soccer world, so meeting new people and playing where ever you can is very helpful.