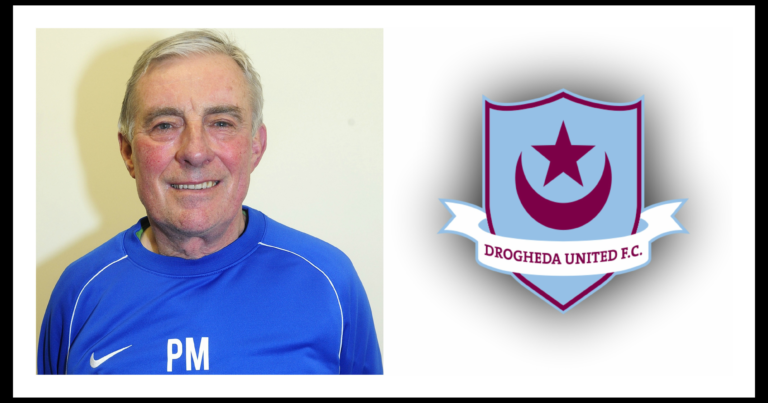 Q&A: 2016 Combine Coach Pete Mahon Talks to PSC About What Qualities he Looks for in a Player

Pete Mahon, Head Coach of Irish Division One side Drogheda United, will be heading across the pond this winter for our Pro Soccer Combines. Drogheda, who lifted the Irish Premier League title in 2007, signed 2015 Fort Lauderdale Combine attendee Joe Jackson earlier this year, after the central defender impressed during the tryout event and PSC’s Malta Showcase Tour.

If Drogheda are victorious in the final game of their current league campaign, they will be competing for a place in the Irish Premier League via the play-offs. Pete will be looking for players during our upcoming Combines to bring into the club for the 2017 season.

Check out what the highly-experienced coach had to say when we caught up with him to talk about his career in football, what qualities he looks for in a player and much more.

Hi Pete, thanks for taking the time out to have a chat with us!

Firstly, can you tell us about your career in both coaching and playing football?

I was born in 1947, so I’ve been around a long time! I began playing football from a very early age, and progressed to the League of Ireland, signing for Drumcondra FC in 1965. I played there until the sad demise of the club in 1971. Later, I signed for Sligo Rovers.

I was assistant manager/coach at Bohemians FC when the side won the league and cup double, and then became manager the following season.

I then went back to what is known as intermediate football, and had great success at a club called Belgrove FC. In 2003 I was appointed manager/coach at University College Dublin (UCD) and remained there until 2009. I was then manager/coach at St. Patricks Athletic FC, and stayed with the club until my contract ended in 2012. Following that, I decided to retire.

In 2015, however, I was asked to assist the manager at Drogheda United and agreed. We were relegated from the Premier Division and he resigned, so I was asked to become manager/coach.

Currently, I am a holder of a UEFA Coaching Certificate up to Pro Licence level and have managed/coached at all levels of football here in Ireland.

How would you describe the style of play in the Irish professional leagues?

I believe the style of play here has changed from a physical to a more technical game over the years. Many clubs appear to favour a 4-3-3 system, playing out from the back. There are some clubs that do remain true to the traditional 4-4-2 system, though.

What would you say the main attractions and benefits are of playing professional football in Ireland?

I believe that there is a great deal of prestige that comes from playing professional football in Ireland.

What does an individual need to achieve in order to impress you enough to play professional football for your side?

I always look for good attitude, good discipline, and professionalism.

Finally, what advice would you give to players attending this winter’s Combines?

During any type of trial game I like to see the players play their normal game, to relax and show what they do best. I look to see what players do when they haven’t got the ball, and when they win the ball, what they do with it.

Thank you, Pete. Looking forward to seeing you over in the States!

Really looking forward to my visit and meeting you guys. Take care.

Pete will be attending our winter Pro Soccer Combines in Fort Lauderdale, Florida (December 10, 11 and 12) and Las Vegas, Nevada (December 15, 16 and 17). Click here for more information on the events.