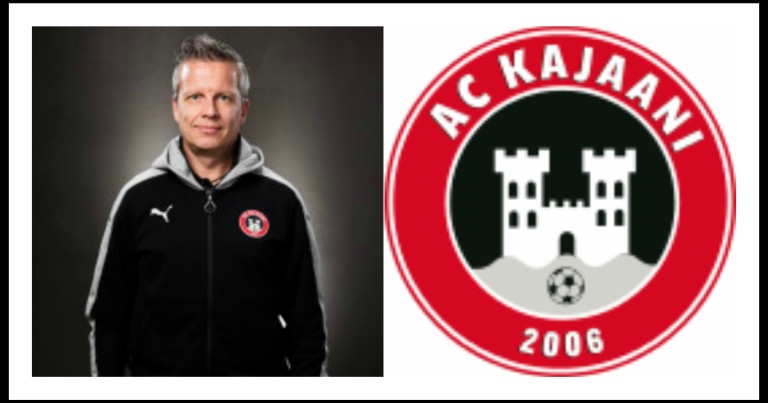 Q&A: 2016 Winter Pro Soccer Combine Coach Mika Lumijärvi and the Type of Player he is Looking For

One of many professional coaches attending PSC’s Pro Soccer Combines this winter will be Mika Lumijärvi, Head Coach of Finnish third tier club AC Kajaani. Mika will be making his first appearance at our try-out events, and will be present in both Houston and San Diego, searching for players to add to his side as they look to maintain their push for promotion this season.

A number of PSC players have trialled with Kajaani in the past, and earlier this season former PSC Combine attendee Chris Suta signed with the club.

We caught up with Mika to find out about his background in football, what type of player he’s looking for during the Combines, and much more.

Hi, Mika – we’re looking forward to having you attend our Combines this winter!

Thank you! It was great to get an invitation to the events!

Firstly, can you tell us about your career in football and how you got into coaching?

I started playing football at the age of six as a left midfielder, but I have also played both as a central and right-sided midfielder during my career.

I went on to play at the highest level in Finland with a club named RoPS – making 115 appearances and scoring 15 goals. In 2003 I finished playing as I wanted a small break from football – but in 2004 the Managing Director of RoPS asked me to coach the junior side and I took him up on his offer.

Despite having no experience in coaching, I quickly realised it was something I wanted to do, so I began learning as much as possible. I’ve now coached at all professional levels in Finland – and I am the youngest individual to have coached in the Veikkausliiga (Finnish Premier Division).

How does football in Finland compare to elsewhere in the world in terms of style of play?

In Finland football is very physical at every level – and that sometimes comes as a surprise to players coming from other countries.

In general Finnish players are very physical, while having a good sense of tactical awareness.

What would you say the main attractions are for an individual to play professional football in Finland?

Professional footballers in Finland have a great level of skill, speed, courage and power. Playing football in Finland would improve all of these attributes for a player.

What particular qualities are you looking for in a player to potentially become a part of AC Kajaani?

I am looking for players who have goals and ambitions.

I believe that good perception, skills, creativity and versatility are important attributes to possess as a footballer.

What advice would you give to players attending this winter’s Combines?

Do your best and be yourself; give 100% during each and every day.

Finally, what are you particularly looking forward to ahead of attending the Combines this winter?

I look forward to seeing both talented young players and experienced players. It’ll be interesting to see what kind of football is played in the United States.

Thank you for your time, Mika. See you Stateside!

My pleasure. See you soon!

Mika will be attending our winter Pro Soccer Combines in both Houston, Texas (November 30 – December 2) and San Diego, California (December 5, 6 and 7). Click here for more information on the events.