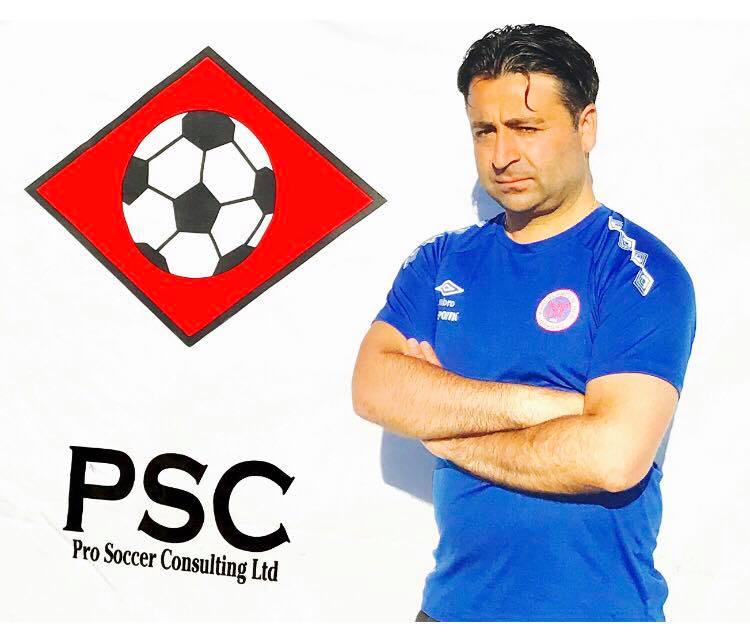 PSC is delighted to announce that Karlslunds IF HFK Technical Director Ibbe Bemacce will be attending two of PSC’s Pro Soccer Combines in the USA this winter.

Karlslunds stand a strong chance of earning promotion to the third tier of the Swedish football system in the coming weeks, and Bemacce will be watching from the sidelines during PSC’s tryout events in Washington, DC and Las Vegas this November, searching for talented players to add to the club’s 2018 roster.

The Örebro-based outfit will look to continue their beneficial partnership with PSC, a partnership that has seen no fewer than nine PSC players sign with the club. The most recent of those signings – forward, James Gulley – was spotted by Bemacce during PSC’s Houston combine earlier this year, and has been a part of the side’s push for promotion this season.

Karlslunds currently sit second in the Division 2 league table – three points adrift of leaders BK Forward. Just five fixtures remain, and with the format of the league rewarding automatic promotion to only the first-placed side, a dramatic season-ending story looks set to unfold.

We caught up with Ibbe earlier this week to get his thoughts on Karlslunds’ season so far, what he believes it takes to become a part of the Karlslunds team, and much more.

Hi, Ibbe. Thanks for joining us for a chat!

Tell us about your footballing career, Ibbe.

It all started in the Örebro SK youth academy, where I played until I was 17 years old. I was then selected to represent Karlslunds’ first team, in the third tier of Swedish football. At the age of 23 I chose to end my career as a player – I married young, started my own family and went into a different profession.

After a number of years away from the game, I was offered the opportunity to work in football again. I have been involved with two different clubs in Örebro, as a sports director/chairman and coach. Now I very much enjoy my important role with Karlslunds.

The chase for the Swedish Division 2 title is really hotting up now, and automatic promotion is well within your reach. Do you believe Karlslunds’ players will be holding the coveted trophy aloft come the end of the season?

We’ve had a great campaign, and even if we don’t top the table this season, finishing in second place means we still have a good chance of winning promotion to Division 1 via the play-offs.

We’ve certainly not given up on winning the title and securing automatic promotion, though. Our players will give their all in the remaining five matches, but we know BK Forward must drop points for us to be in with a chance of becoming Division 2’s champions.

A number of PSC players have signed with Karlslunds in recent years – so just what does an individual need to achieve to become a part of the club’s squad?

You must demonstrate top-level attributes that can immediately improve the Karlslunds first team, and, ideally, be a better player than those that we have in our squad at present. Your physical fitness must be very good, and it’s very important that you possess a winning mentality.

What can players expect upon a move to Karlslunds, both on and off the field?

Life in Sweden is very good; it’s a calm, safe and beautiful country. The football here is of a good, competitive, challenging standard. If you are a good player, it’s not hard to advance into the best leagues.

You attended PSC’s Houston Pro Soccer Combine earlier this year. Based on that experience, what advice would you give to players attending the upcoming tryout events?

Players only have three days to impress the coaches and scouts during PSC’s combines, so they must give their all from the first minute. It’s all about giving the maximum effort and displaying your strengths in every situation.

Thanks, Ibbe. We look forward to seeing you Stateside in November!

Thanks, guys. See you soon!

Ibbe will be attending our winter Pro Soccer Combines in Washington, DC (November 17, 18 and 19) and Las Vegas, Nevada (November 20, 21 and 22). We will also be staging combines in Los Angeles, Fort Lauderdale, Orlando and Houston. Click here to visit our website and find out more about our winter tryout events.