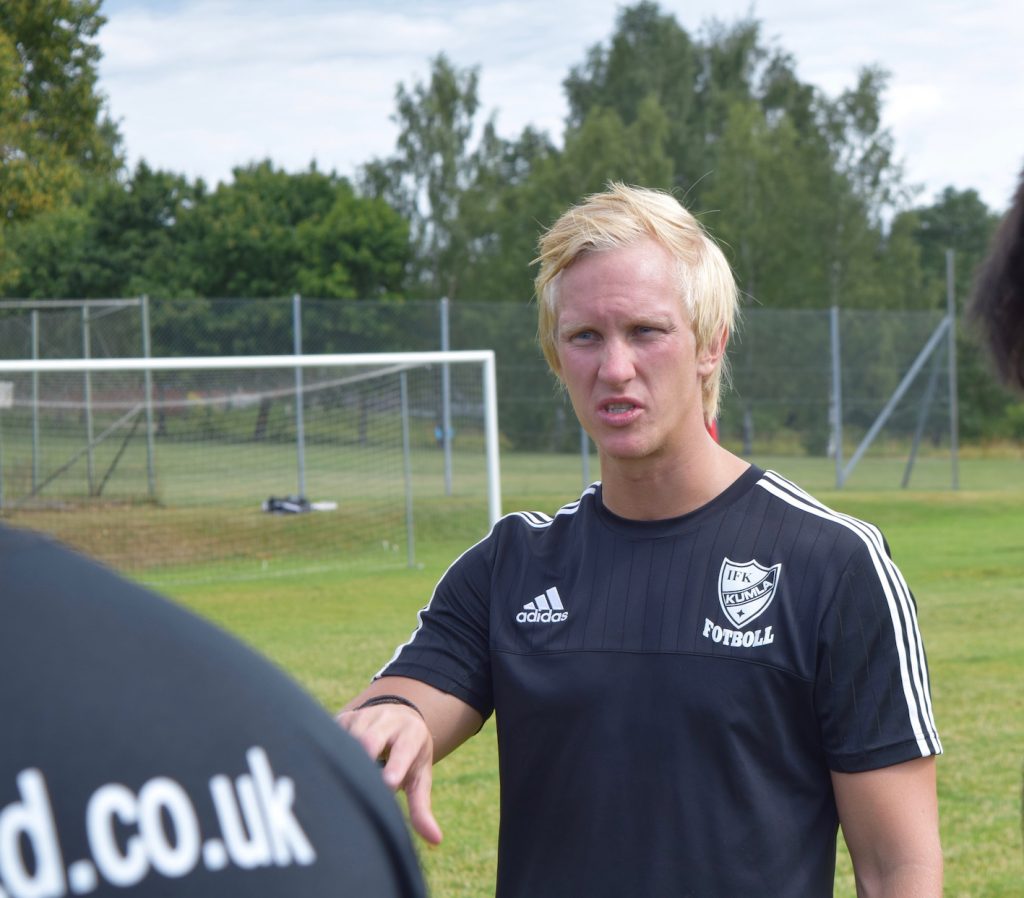 In just 15 days’ time a whole host of professional European and North American coaches and scouts will begin their search for talented players across five States in the USA, as PSC’s eagerly-anticipated Winter Pro Soccer Combines get underway.

In recent years our combines have helped individuals turn their dreams into reality, with many players signing professional soccer contracts with clubs in North America, Asia and Europe following the events.

Ted Waltersson-Larsson, Head Coach of Swedish Division 2 outfit IFK Kumla, has recruited a number of players from PSC combines into his club during the past two years, and will once again be on the lookout for talented individuals during the upcoming winter events.

His most recent additions came in the shape of centre-back duo Juan Camacho and John Quintanilla, who signed with Kumla after attending PSC’s Los Angeles combine earlier this year.

We had a chat with Waltersson-Larsson earlier this week, and he revealed what type of player he’ll be looking for during the tryouts, as well as offering his advice to players, and much more.

Hi, Ted. It’s great to have you back for the combines.

Thanks, guys. I’m looking forward to the events!

Firstly, can you tell us about your career in football?

I played up until the age of 19 in Division 2, before making an early decision to focus on what’s always excited me the most about football: coaching, management and the development of tactical, psychological and physical skills.

After working for several years in the youth academy of Allsvenskan team Örebro SK, I moved on to take the role as head coach of Kumla, and recently concluded my third season with the club. 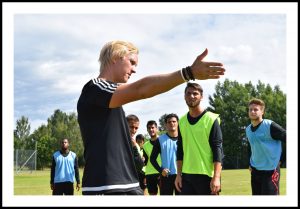 Sharing the Knowledge: Waltersson-Larsson running through tactics during PSC’s 2016 Residential Programme in Sweden.

You recently earned your UEFA A coaching licence – will you be looking to share what you’ve learned during the course while coaching at this winter’s combines?

As always, I will bring my energy and dedication to the sport and the players. I’d like to share the knowledge and experiences that I gained during my UEFA A coaching with as many players and coaches as possible during the events.

What does an individual need to achieve in order to impress you enough to play football for your side?

Players need to have one or two top qualities of some kind, depending on their position and style of play. Also, a strong character, smart decision-making and the ability to adapt to and execute different tactical directions always catches my attention.

Which style of football do you like your teams to play?

I like my teams to be characterised by two important principals: strong defensive organisation with aggressive collective pressure and tightness between defending lines. And offensively, organisation that allows the team dictate play with different build-up methods, as well as being able to threaten with distinctive, direct attacks.

Finally, what advice would you give to players attending the upcoming tryout events?

Grasp the opportunity! Prepare yourself for top performances weeks ahead – preparation is not achieved the day before. Listen carefully and execute the directions you are given by coaches before games.

Our Pro Soccer Combines begin later this month, and we’ll be visiting six different locations across the States. For more information on these events click here.