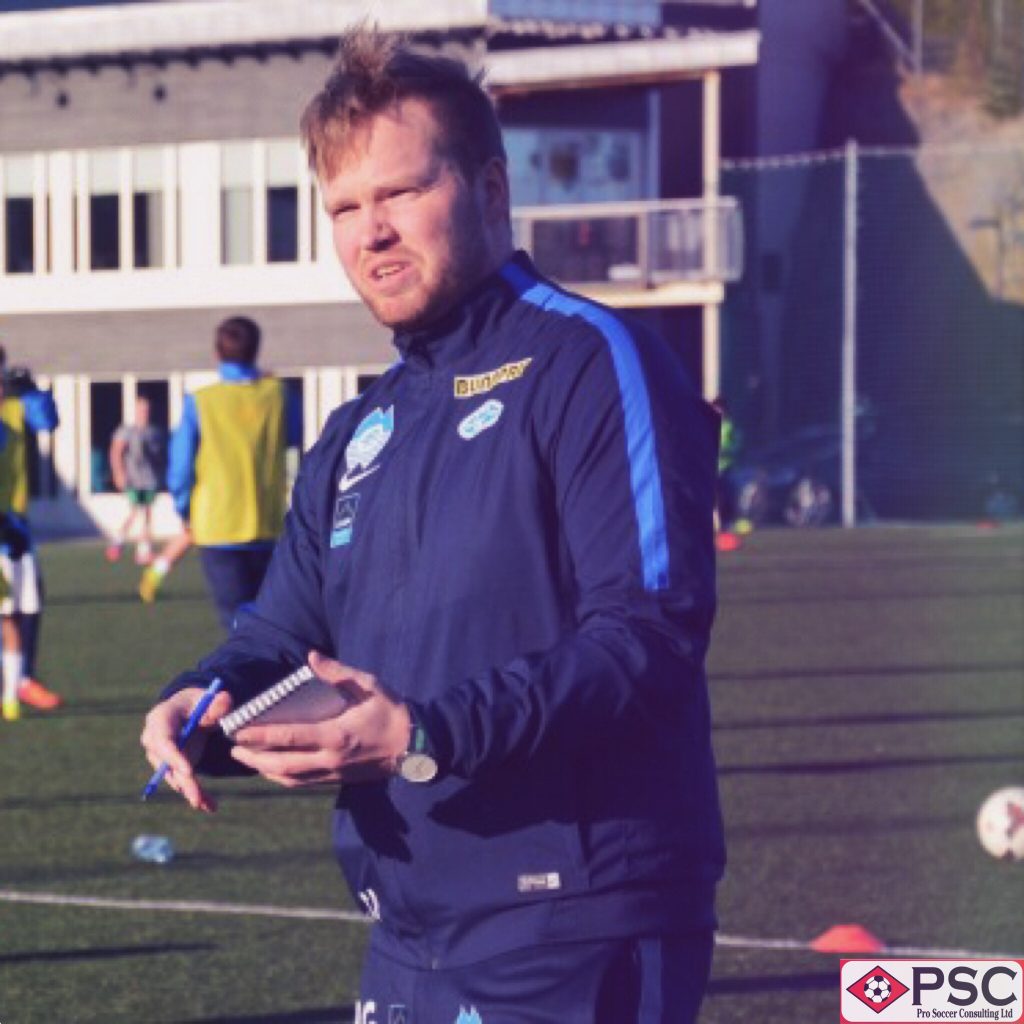 Dreams will come true, opportunities will arise, and invaluable lessons will be learned following the conclusion of PSC’s duo of combines next month.

Professional clubs and PSC’s Agency staff will travel from all corners of the globe to the two event locations – Orlando, Florida, and San Diego, California – in search of players they deem capable of playing at the professional level.

Travelling from the Scandinavian country of Norway to take part in that search will be Staal Jørpeland Head Coach Fannar Berg Gunnólfson.

Now entering his second season with the Norwegian Third Division side, Gunnólfson will be on the lookout for talented players to add to Jørpeland’s squad during PSC’s upcoming tryout events.

We caught up with the Icelandic coach to find out the type of qualities he will be looking for in players, what an individual can expect life to be like – both on and off the pitch – in Norway, and much more.

Hi, Fannar! Please give as an insight into your soccer career…

I played in every division in Iceland except the top tier, but, unfortunately, I was forced into early retirement at the age of 24, due to injuries.

Alongside playing, I began youth coaching when I was 21. After retiring from playing, I coached at every level of football in Iceland until I was 29, that was before I was offered the opportunity to work with Norwegian Eliteserien side Molde.

I began as an academy trainer with Molde, and later worked in analysis for the first team. During my time in the latter role, the club achieved their best performance in the UEFA Europa League – progressing into the last 16 of the competition. We were eliminated by Sevilla, who went on to win the competition that season.

Following a two-and-a-half-year spell with Molde, I was offered the head coach position with Jørpeland, and I am currently in my second year with the club.

Which skills and qualities will you be looking for in players during the upcoming combines?

What are Jørpeland’s aims for the forthcoming season?

As with most other clubs, our main priority is domestic league success, and we are aiming for a top-four finish this season.

What kind of life can players expect upon signing for Jørpeland and moving to Norway, both on and off the field?

The season begins on April 14 and concludes at the end of October. There’s a four-week summer vacation during that time – meaning players can enjoy the delights of Norway and its neighbouring countries.

Norway is a calm and beautiful country. Jørpeland is a small town with an estimated population of 7,500 – so everybody knows everybody. The nature here is really beautiful, and if you like hiking this is the place for you. Preikestolen and Lysefjord – both spectacular tourist attractions – are located nearby Jørpeland.

What advice would you offer to players attending PSC’s upcoming combines?

Be confident and embrace the experience – you don’t want to waste an opportunity like this. You don’t want to be heading home in the evening feeling like you didn’t give your all or knowing that you gave up because you made a mistake.

Have the courage to show the coaches your strengths, and remember that everybody makes mistakes – football is about making mistakes and learning and improving from them.

Thank you for your time, Fannar. See you soon!

Thanks, guys. See you soon!

Would you like to fulfil your dreams and become a professional soccer player? If so, check out the details of our March combines on our Upcoming Events page.