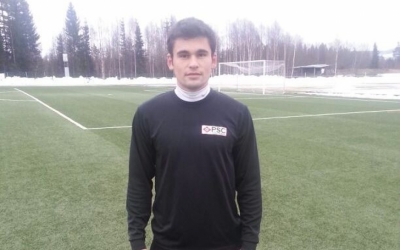 PSCs residential program hosted in Orebro, Sweden has continued its rich vein of success as two further players have gone on trial this week in Finland. Former showcase players Gus Villalobos and Dwayne Dove joined up with PSC’s 2014 residential program this summer and following impressive performances against HIFK and FC Honka have been invited back to trial with showcase opposition HIFK.

HIFK play in the Finnish Ykkönen (2nd tier) and are well known to PSC after Head Coach Jani Honkavaara attended PSC’s 2014 Salinas, California combine in July. Coach Jani was impressed with the standard in Salinas but didn’t feel any players stood out enough to be signed or trialed directly from the combine.

PSC’s residential academy and 2014 showcase team then travelled to Finland and played against the Finnish First Division side running out winners by two goals to one. Forward Gus Villalobos recorded two sensational long distance goals during the game which was enough for Coach Jani to invite him in on trial along with fellow standout performer Dwayne Dove who played outside back.

PSC are looking for more players capable of playing the top divisions in Europe this winter when they host a further 6 professional combines. More information can be found at our combine page.