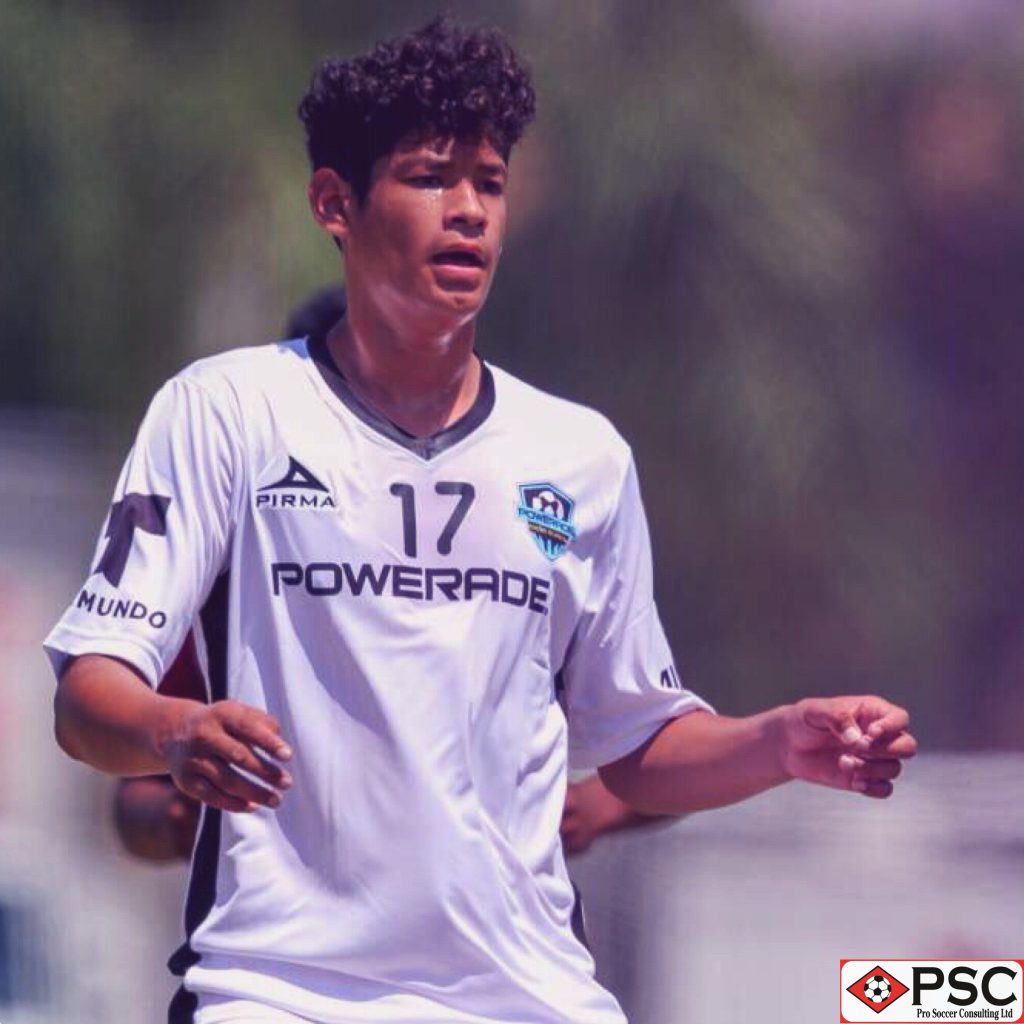 The 19-year-old defender took part in PSC’s Los Angeles combine in December, attracting interest from several attending clubs, before Baltic scout Aleksandrs Čekulajevs recommended the centre-back to Jelgava, who were in pursuit of a young defender.

Zarate had been involved in two of PSC’s programmes in the run-up to his attendance at PSC’s LA combine: the 2017 Ireland Residential Programme, and the newly-formed UPSL Programme.

Reflecting on the news, PSC Director Tom Taylor highlighted just how invaluable he believes both programmes have been for Zarate in earning trials in Europe.

“Both the Residential Programme and the UPSL Programme provide players with daily professional training and participation against top-quality opposition – aiming to prepare individuals for showcase opportunities,” said Taylor. 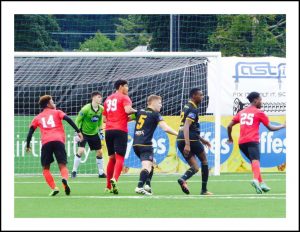 Poised: Zarate (red shirt, number 39) looks to use his height to threaten the opposition goal during PSC’s Ireland Residential Programme.

“Reynaldo’s development during both programmes was magnificent – he applied what he learned on a daily basis, and I believe that led to his success during the Los Angeles combine.

“It’s also important to note that Reynaldo’s work ethic is second to none, and without that hard work he wouldn’t have earned himself this opportunity. All too often I see players who are not willing to put the effort in , and that ultimately separates the players who do and don’t earn these professional opportunities.

“Reynaldo applied himself fantastically during the programmes and the combine event – and his trial offer in Europe is testament to the fact that hard work will bring success within the correct environment,” concluded Taylor.

All of the staff here at PSC wish Reynaldo the very best of luck during his trial with FK Jelgava.