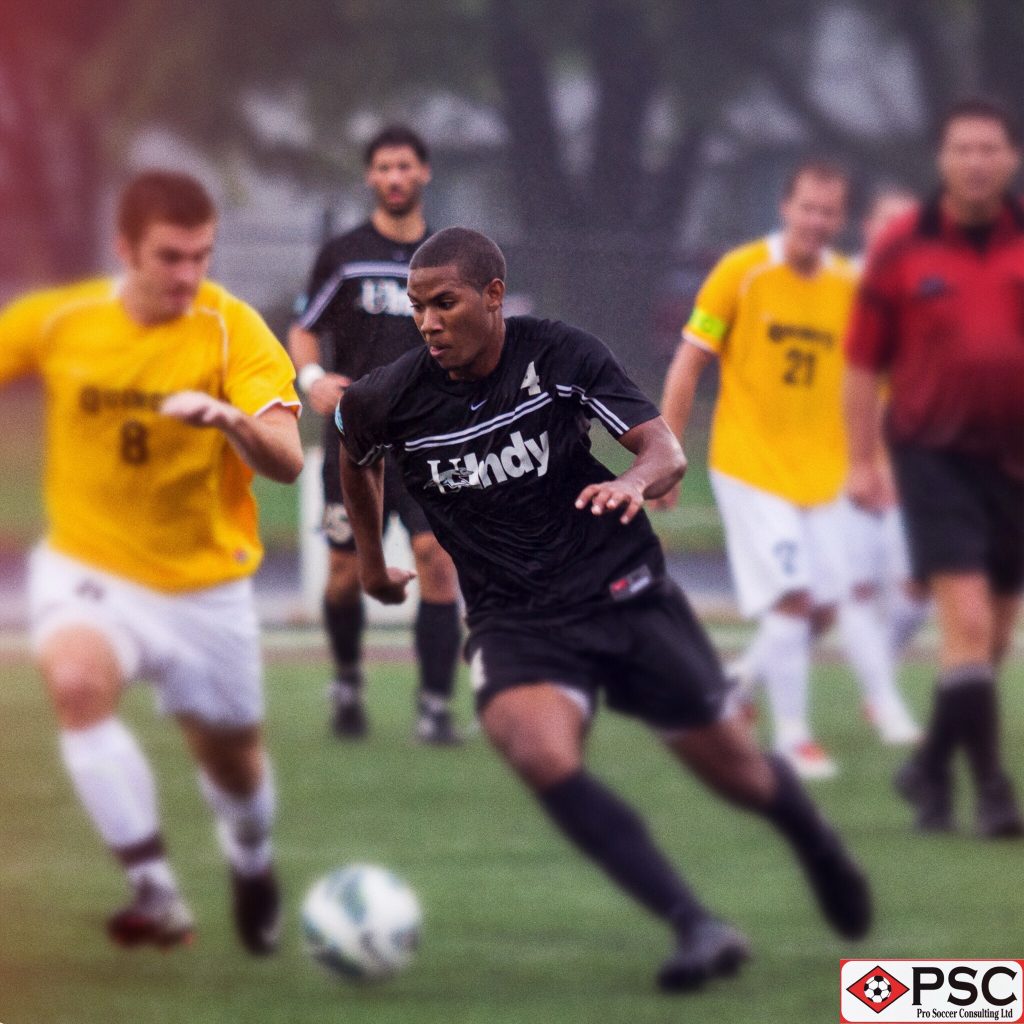 The 27-year-old Bermudan international midfielder was among a number of players who impressed during PSC’s summer showcase events, and was recommended to Kalev by PSC Baltic and European Recruiter Alex Cekulajevs, following a string of fine midfield performances in Latvia and Lithuania.

Former Weston-super-Mare and University of Indianapolis player, Lee, will be hoping to follow in the footsteps of his fellow countrymen – Dante Leverock and Willie Clemons – who signed with Estonian top-tier side JK Narva Trans and Swedish Second Division outfit Bodens BK earlier this year, respectively, after attending PSC showcase events.

“We are casting our net wider when recruiting for our combines and tours, and seeing players prove their worth from not only the USA, but all over the globe.

“Roger consistently performed to a high standard during our Baltic Showcase Tour, and has been rewarded with a fantastic opportunity to earn a contract with a premier division European club. We wish him the very best of luck during his trial,” concluded Taylor.

Lee joined up with the Tallinna Kalev squad yesterday, and will spend the following two weeks under evaluation during both matches and training sessions.

Do you think you have what it takes to perform at the professional level? If so, contact simon@pscltd.co.uk and take the next step towards fulfilling your dreams.