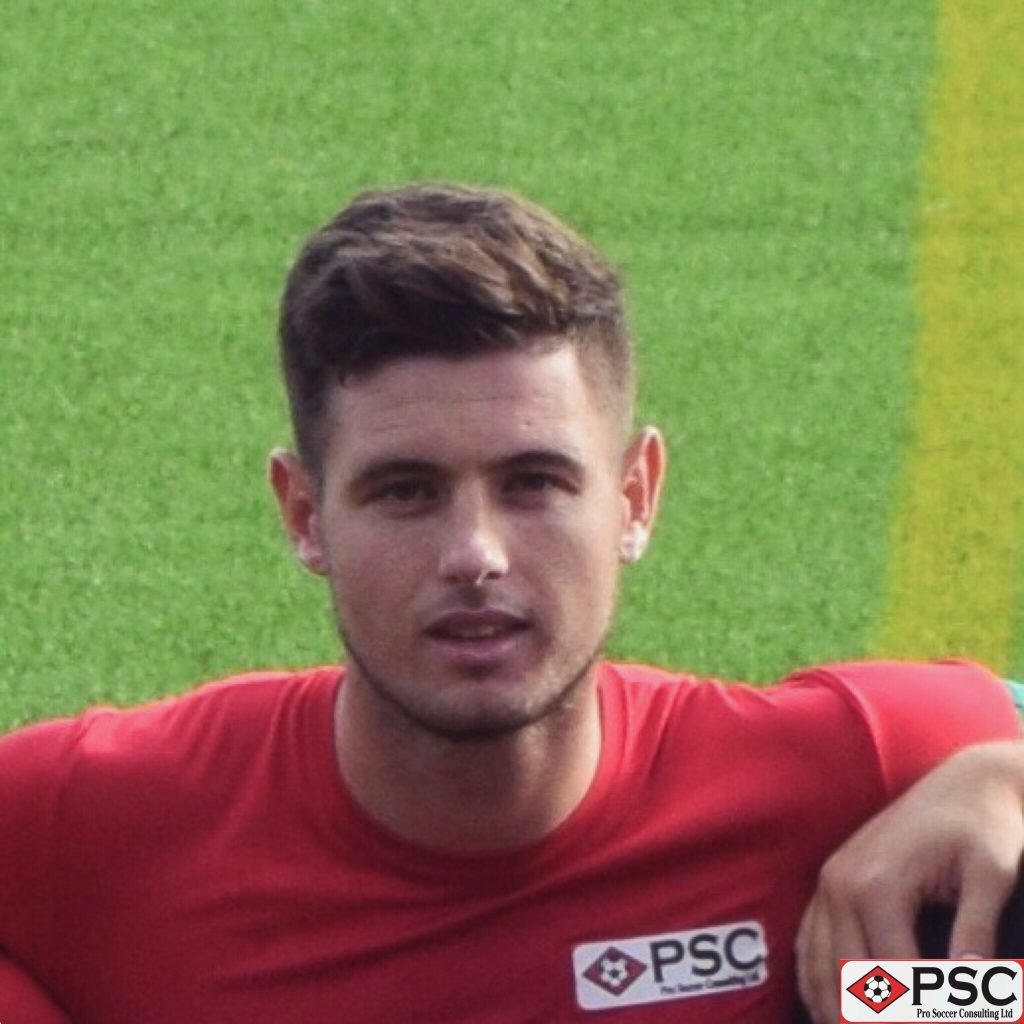 The 25-year-old defender attended PSC’s Fort Lauderdale combine in December, and caught the attention of Thróttur representative Jamie Brassington, who invited the centre-back over to Iceland to trial with the club.

McInerney touched down on Icelandic soil earlier this week, and will line up against Thróttur’s local rivals ÍR Reykjavík this evening – aiming to earn his second PSC-facilitated professional contract.

And PSC Director Simon Deeley, who has worked with McInerney a number of times in recent years, revealed that the trial in Iceland could be the perfect opportunity for the Irishman to reignite his professional career.

“Shane has a lot of professional potential, and proved that by earning the contract we secured for him with Swedish side Linköping City back in 2016,” said Deeley.

Thumbs-up: McInerney pictured after signing with Linköping City back in 2016.

“A number of Icelandic scouts and coaches will be watching on during Thróttur’s game this evening, so Shane will be showcasing to a number of teams. If he signs with a side in Iceland, we have high hopes he will reignite his professional career and progress into the upper echelons of European football – so we’re excited to see how he performs during the trial.

“We know that Thróttur is an ambitious outfit, and after narrowly missing out on promotion into Iceland’s top tier last season, I’m confident the club will be aiming high during their forthcoming campaign,” concluded Deeley.

All of the staff here at PSC wish Shane the very best of luck tonight and throughout his trial period with Thróttur Reykjavík.

If you would like to follow Shane’s path to success and earn professional soccer opportunities around the globe, please e-mail simon@pscltd.co.uk for more information on our combines and programmes.