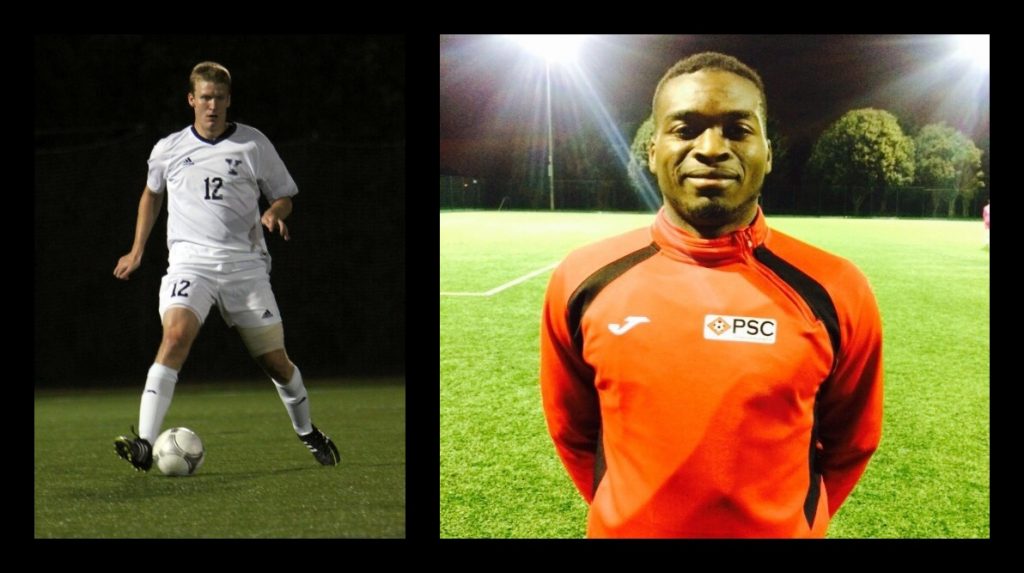 Ireland Showcase duo Tagbo and Hackbarth to Trial in Ireland

PSC are proud to announce the first success story of their Ireland Showcase tour as showcase duo Wilfried Tagbo and Andy Hackbarth will train this week with Finn Harps and Galway FC respectively. Both players produced standout performances during our tour to Ireland this January and will stay behind in Ireland to trial.

Center back Andy Hackbarth, who graduated from Yale University, was originally spotted by PSC at our 2013 Jacksonville where he performed well but no coaches took an interest. Following these performances the 25 year old Ivy league graduate spent the summer with PSC’s Swedish residential program in Orebro where he impressed enough to earn a trial with Ljungskile where he was again unfortunate not to sign.

He has continued to pursue his professional career and joined PSC again on their Ireland showcase where he exceled in front of Galway Coaches against Cork City, Shamrock Rovers and Republic of Ireland National C side.

Hackbarth trials with the Irish Premier League team this week and all the PSC staff wish him the best!

Another standout performer on the tour was French forward Wilfried Tagbo who will trial with Finn Harps this week. Tagbo was first spotted at PSC’s UK combine in 2014 where his performances earned him an invite to 2014 Development tour in Sweden/Finland.

Having led the line formidably in Sweden and Finland, including a four goal haul in the teams final game, PSC staff wanted to see Wilfried tested against higher opposition in Ireland. He stood out in a 2-1 defeat against Wayside Celtic where he bagged PSC’s only goal. Following this performance Ireland Tour Director and DCU Head Coach Declan Roche recommended him to the First Division side who he will trial with this week. Tagbo is a popular character amongst the PSC Coaching and Agency Staff and we wish him all the best this week!

PSC is delighted to see their inaugural showcase tour to Ireland result in great success so quickly as Tagbo and Hackbarth are the first of 7 expected success stories from the tour. PSC Managing Director Paul Taylor said “its great to see such instant rewards from our first showcase tour to Ireland, especially as both these players exemplify how things don’t always work out first time for players but they both kept persevering and we believe they will be rewarded in the end.