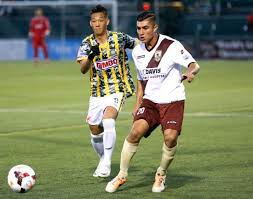 Showcase duo head to the Armada

PSC are proud to announce that two former pro showcase players will be trialing next week with 2015 NASL franchise Jacksonville Armada after recommendation from PSC Agency Staff.

Over the last 12 months PSC have been developing a relationship with the Jacksonville Armada which began when technical director Nathan Walters attended PSC’s 2013 combine held in Jacksonville, Florida. Having been impressed with the standard on display The Armada have since attended a number of PSC’s summer pro combines and taken on trial a handful of players.

It is this relationship which has led to the most recent of these trials; Shawn Nicklaw and Minh Vu who will both trial with the Armada after being recommended to the club by PSC Agency Staff. PSC staff worked with both Nicklaw and Vu on separate showcase tours in 2012/13 and had no hesitation in recommending them for the NASL level.

Penn State stand-out Minh Vu traveled to Sweden with PSC in the summer of 2013 and despite impressive performances did not secure a trial or contract at that time. He spent the 2014 season with USL Pro side Rochester Rhino’s, making twenty appearances and scoring twice whilst PSC Agency Staff kept tabs on his performance. Once contacted by Jacksonville for players capable of playing in their inaugural 2015 NASL season PSC were quick to recommend Vu and secure him a trial this upcoming week.

Vu will be joined by former University of Connecticut product, Shawn Nicklaw, who had traveled with PSC to Turkey in 2012 where, unlike Vu, his performances helped secure his first playing contract in Europe as he signed with attending Danish Premier League team HB Koge on a 2 year deal. Nicklaw went on to make his professional debut against Fulham FC of the English Premier League and also earn the first of his 14 international caps for Guam to date. Following his time in Denmark PSC then facilitated Nicklaw’s return to the United States as he signed with the Wilmington Hammerheads for the 2013 season. He spent the 2014 season in Iceland and now returns back to the United States hoping to secure a contract with the Armada for the upcoming 2015 season.

The Armada will debut in the NASL during the 2015 season and are currently looking to put together a squad that is capable of challenging for honors. The team is led by Argentinian Coaches Jose Luis Villareal, Eduardo Frisicaro and Spanish assistant, Francisco Argila. Armada staff will also be attending PSC combines this December, looking to identify potential talent ahead of their debut season. If you are interested in attending one of these combines and trying out in front of the armada staff or any of the other European, American and Asian coaches in attendance please check out our combine page