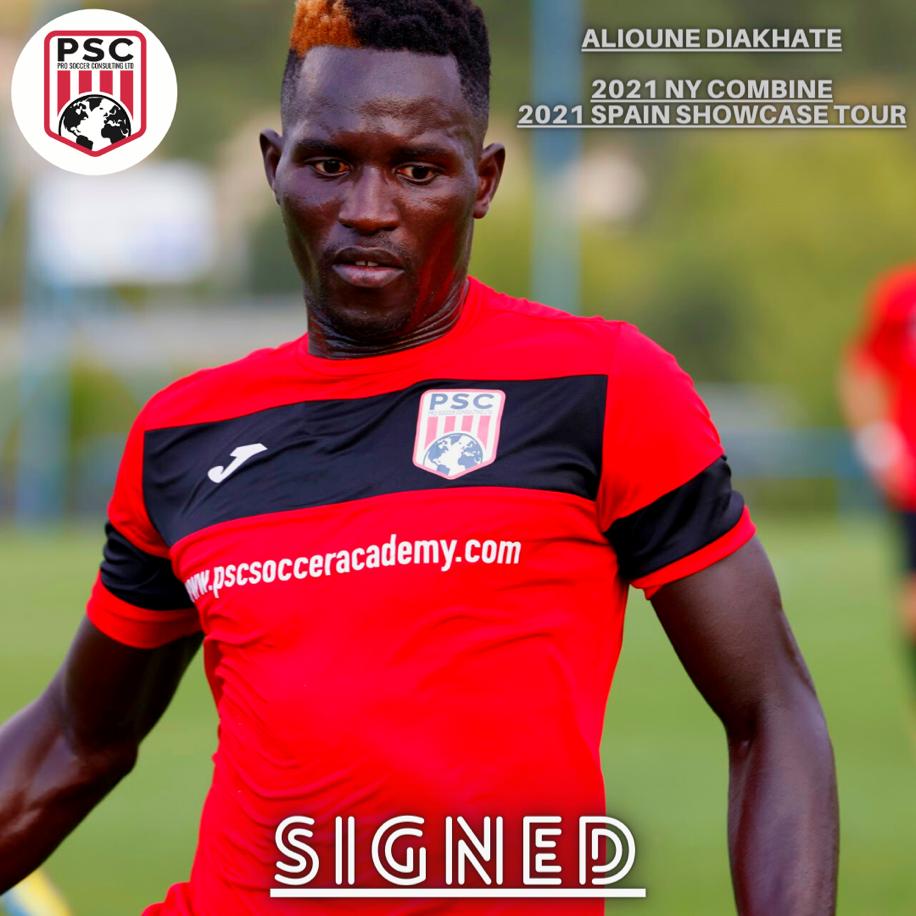 Following standout performances on our showcase tour to Spain Alioune Diakhate has signed with FC Tucson in USL League One.

The Arizona based outfit contacted PSC in search of a striker who could add goals to their roster and PSC Director Tom Taylor had no hesitation in recommending the Senegalese Striker having watched him score a hatful of goals on tour in Spain against proven professional opposition.

Taylor commented “We had seen Alioune at our New York tryout, but his quality really stood out when he continued to score goals and perform well against top class opposition in Spain such as Alaves B, Alcala and others. I am confident he can do well at his level and hopefully kick on to something bigger.

Our staff also caught up with Diakhate after his signing was confirmed who commented.

“The showcase tour to Spain was very helpful, I was working very hard playing against some top teams Like Alaves, RDS Alcala. It was a great experience – I got some top class training sessions from professional coaches in a professional environment and got valuable feedback. I definitely recommend to any player who wants to showcase professionally and get ready for the next opportunity.”

Conor Ward, a member of PSC’s Agency Staff who assisted in the recruitment of Alioune was impressed with the commitment shown by the former professional striker: “Ali showed the right dedication to showcasing and has seen results because of this. Having played professionally in the USL before with Indy 11 he did not think he was too good to showcase at tryouts like this – he turned up, put the work in and has got his reward as a result.”

When asked about his hopes for the remainder of the season “I am very confident and looking forward to playing the best I can and help my team be successful. My focus for the rest of the season is to score goals, have good fun and do my best to secure my future.”