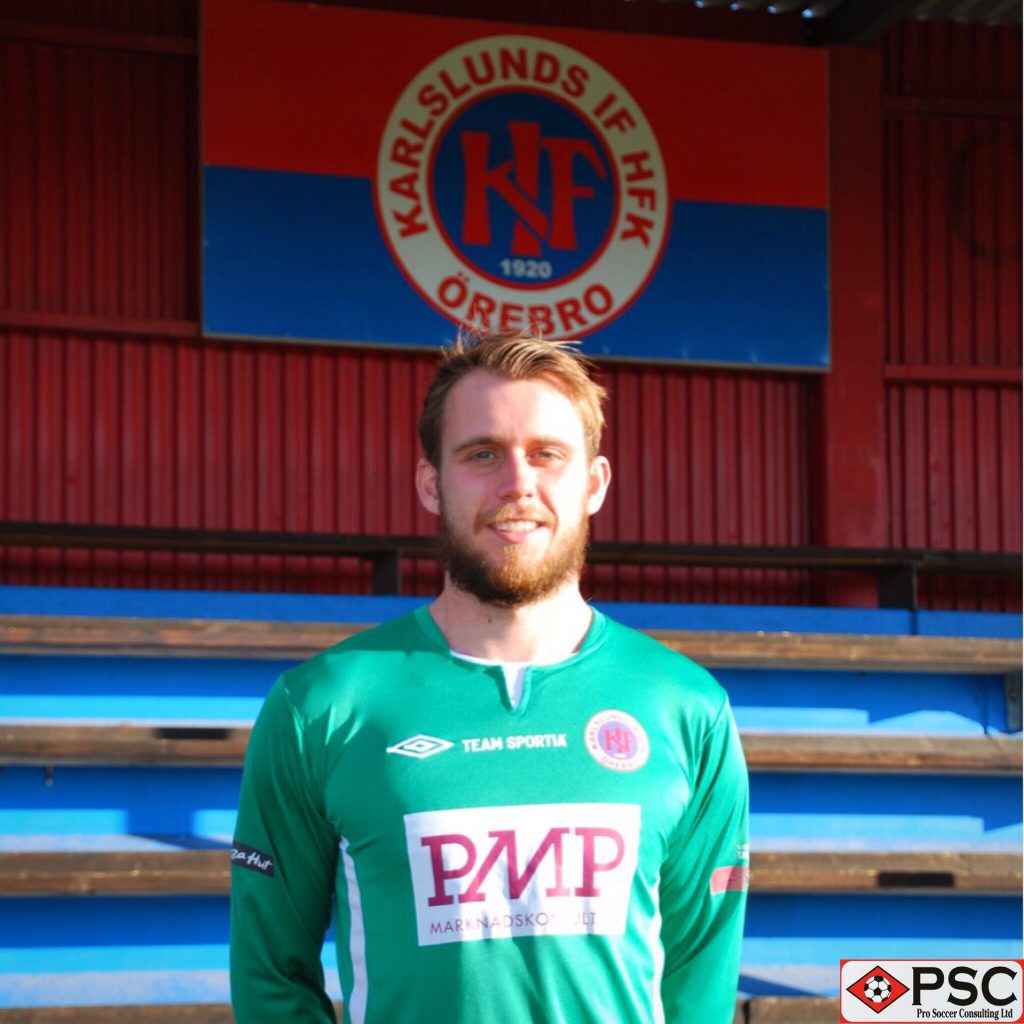 The 25-year-old goalkeeper was a mainstay in the Karlslunds squad during their 2017 Division 2 campaign, playing a vital part in helping his side secure promotion to the third tier of Sweden’s soccer pyramid.

Kraus first came to the attention of Karlslunds following his attendance at PSC’s 2016 Washington, DC, combine, after a succession of impressive performances during the three-day tryout event earned him a recommendation from PSC Agency staff.

Subsequently, the former George Mason University player was offered a trial period with the Swedish outfit, and proved his worth between the sticks during that time – earning a professional contract offer.

Now, the German-born stopper will be looking to emulate last season’s achievements, as he heads into his second year with the club.

All of the staff here at PSC wish Steffen the very best of luck during his forthcoming season with Karlslunds IF HFK.