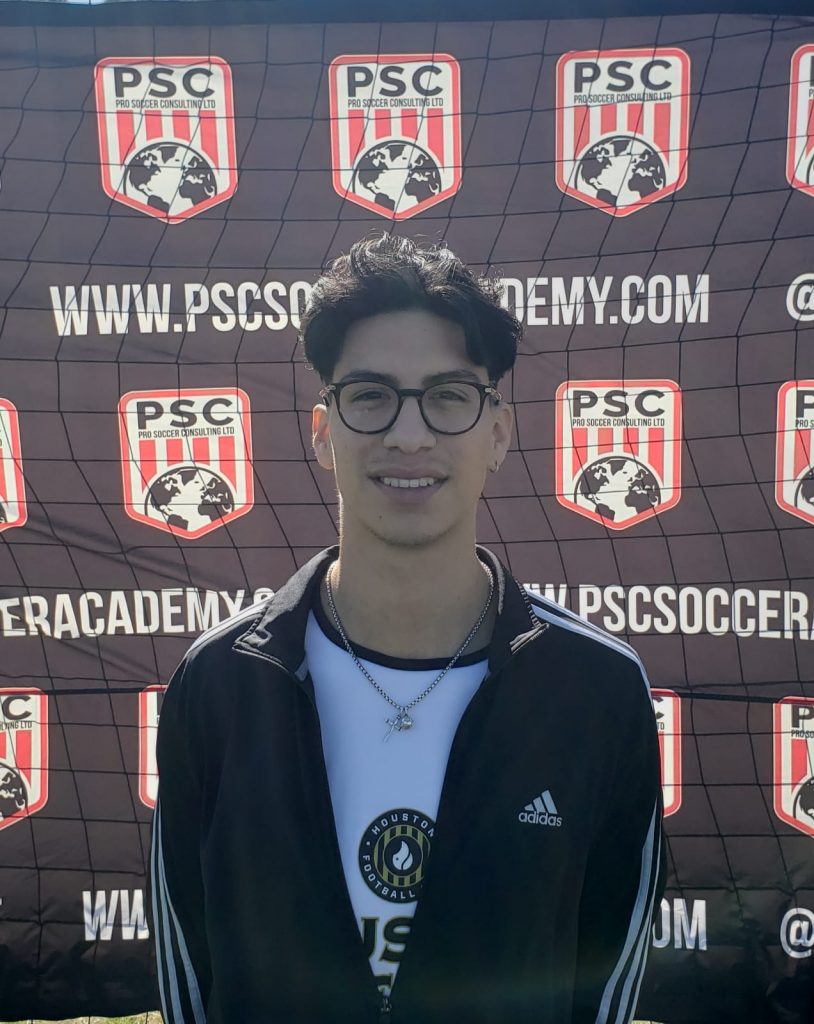 PSC are proud to announce the signing of striker, Joel Vazquez, in the Faroe Islands with B71 Sandoy after he impressed at two tryouts in Houston, TX in the past 12 months.

Joel’s journey started when he attended PSC’s Houston Pro Soccer Tryout in January 2020. His performances there impressed PSC’s Agency staff who recommended him to trial in Iceland with Keflavik.

Despite not being signed following his trial, Joel did not give up on his dream and attended PSC’s next tryout in Houston in August 2020 where he displayed the same quality that had caught the eye previously. Again, PSC Agency staff recommended him to sign in Europe, this time, B71 Head Coach Richard Goffe put pen to paper and secured his services for the 2021 season.

PSC Director Tom Taylor commented: “We’re especially happy to see Joel sign as he has performed well at both tryouts and deserved an opportunity. He has shown the right character. It would have been easy to give up after not being signed in Iceland but instead he came back hungrier and better. It was important that he played regularly at Houston FC in between the tryouts and did not lose momentum. He has been rewarded with a well earned contract.”

Joel, when asked about how the PSC tryouts had helped him in his journey, commented: “I went on trial with Keflavik in Iceland and unfortunately it did not work out but I put my head down, I kept working hard and was able to perform well at the next tryouts. The feedback from the tryouts was professional and constructive, and detailed exactly what you need to work in order to reach the next level. I’m looking forward to this new challenge and be the best I can be. I want to make my family proud”

When asked, Joel took the time to thank his family for supporting him, and also his second family, Houston FC, where he was able to train and play in between tryouts in order to keep his performance levels high.

Interested in attending one of our pro soccer tryouts and playing live in front of professional coaches like Joel did? Our summer events have just been announced and have early bird discount sign up prices until February 15th. See our Tryout Page for more info