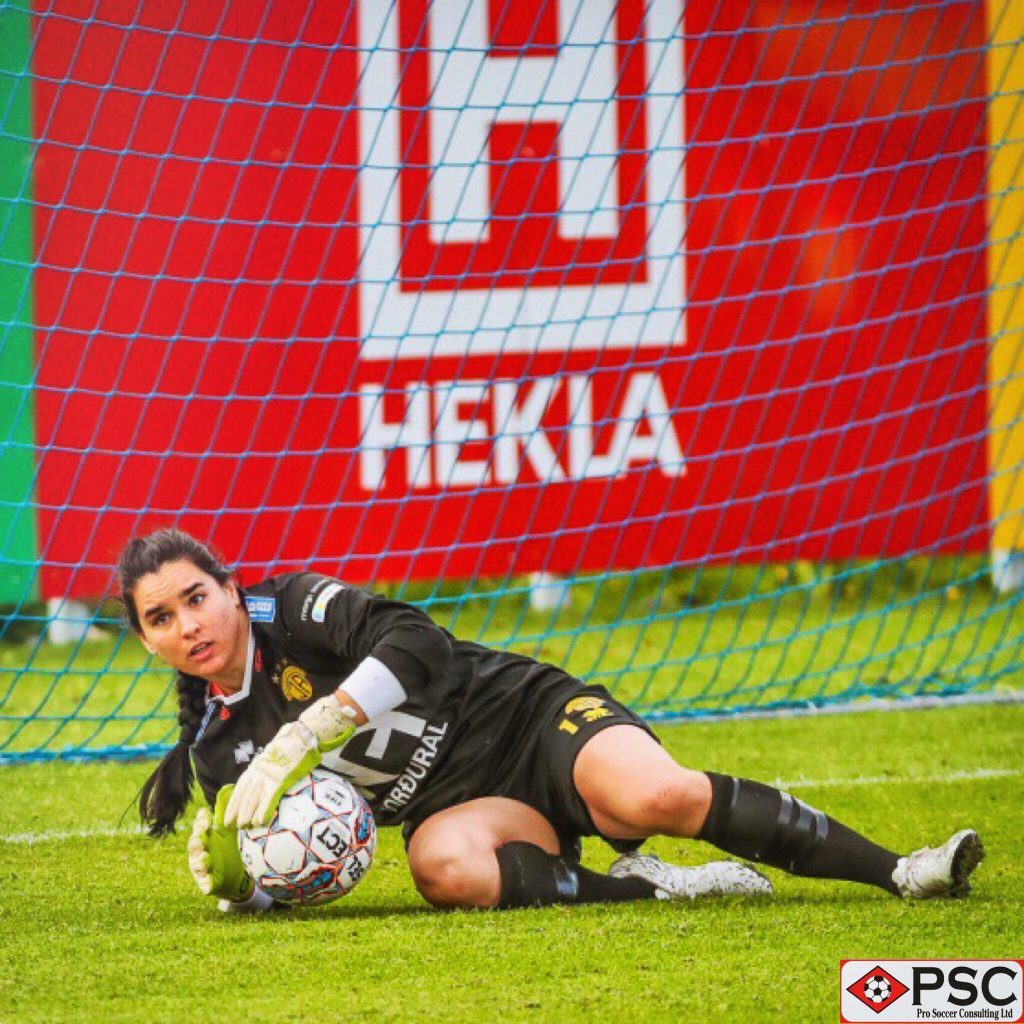 The 26-year-old goalkeeper’s new deal means she will stay with the club for a second campaign, having originally signed with Akranes back in January, following her move from fellow Division 1 side Haukar.

Ornela’s first PSC-facilitated signing was with Haukar – whom she penned a deal with following her impressive performances during PSC’s 2016 San Diego combine event.

Despite suffering top-flight relegation with Haukar, the CSU Bakersfield graduate received a host of offers from a number of European clubs – eventually opting to sign with Akranes.

And following a third-place league finish in her opening season with Akranes – narrowly missing out on promotion to the premier division – Ornela revealed why re-signing with the club was an easy decision to make.

“My teammates, the coaches, and the staff have welcomed me with open arms, and made me feel like I am a part of a family,” said Ornela.

“I am very happy that I am able to continue my professional career with Akranes. Re-signing with the club has made me confident that the coaches and staff believe in my skill and ability.”

All Smiles: Ornela (centre) has quickly become part of a tight-knit ÍA Akranes squad during her time with the club.

Reflecting on her first season with the club, and looking forward to the forthcoming campaign, Ornela said: “My first season with Akranes was a good start in creating a pathway to the premier division. There were some bumps along the road, but the girls always came together to fix the problems, and made the season a successful one. It was a competitive atmosphere and it will only get better as the young players become more confident.

“Next season, as a team, we’re aiming to top Division 1 and earn promotion to the top tier. My personal goal is to improve my role as a leader within the squad. I have full confidence that we can achieve our aims.”

Concluding her thoughts, the stopper commented on her relationship with PSC – expressing her thankfulness for the opportunities which have come her way since attending a PSC combine.

“I would like to thank PSC and Simon Deeley [PSC Director] for helping shape my career into what it is today,” said Ornela.

“I truly appreciate all of the hard work that’s put in behind the scenes to ensure players make their dreams come true. None of this is possible without Simon and his staff, and for that I am forever grateful.”

If you would like to follow in the footsteps of Tori and become a professional soccer player, visit our Upcoming Events page for information on our winter combine events.