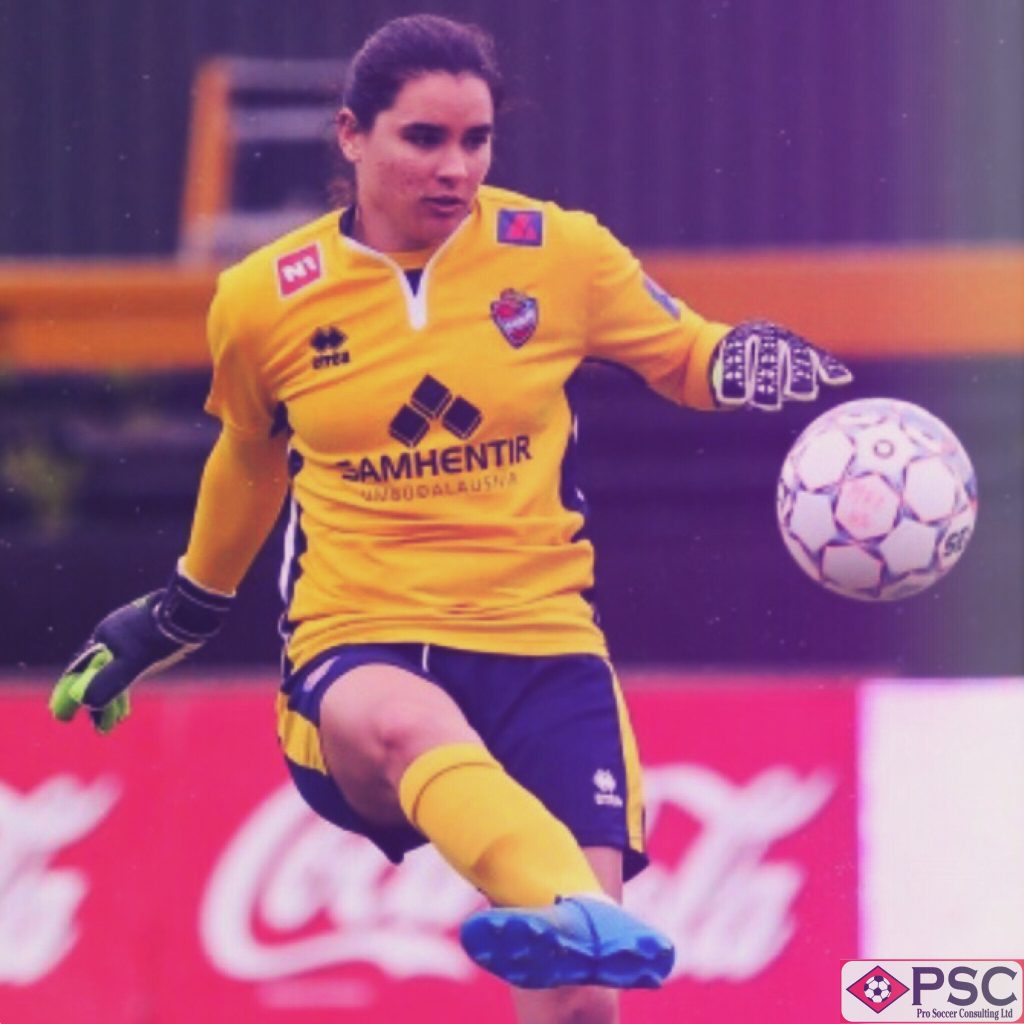 The 25-year-old goalkeeper penned a deal with the club earlier this month, after departing from fellow Icelandic side Haukar, whom she joined following a succession of impressive performances during PSC’s 2016 San Diego combine.

Despite suffering top-flight relegation with Haukar last season, Ornela received a host of offers from a number of European sides, and after liaising with PSC Director of Women’s Combines, Simon Deeley, the CSU Bakersfield graduate opted to put pen to paper on a deal with Akranes.

Speaking following confirmation of the signing, Ornela expressed her excitement ahead of her second season in Iceland.

“I’m really looking forward to learning new skills and developing more knowledge of the game during my time with Akranes,” said Ornela.

“Akranes is a side that want to develop and achieve success in the second tier, potentially making their breakthrough into the top tier. If I can play a part in helping achieve that, it will be fantastic.

“I can’t wait to see what the forthcoming season has in store for me and my teammates.” 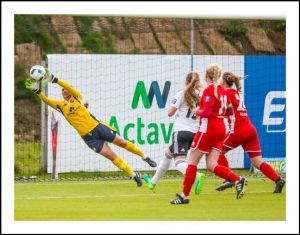 When Haukar acquired the services of Ornela, she became the first female PSC player to sign with an Icelandic side, marking a significant milestone for PSC.

But it was a milestone that would have a major effect on Ornela, too, and the stopper revealed just how her initial move to Iceland impacted her soccer career.

“My time with Haukar allowed me to learn many strategies and skills, which improved my overall game,” said Ornela.

“I got pushed out of my comfort zone, and it improved me as a leader and a player. I believe this helped the team develop, and despite results not going our way at times, we had heart and drive throughout the whole campaign.

“Making the transition from the USA to Iceland was easy thanks to the good-natured Icelandic people. I learned a great deal about the country and its culture, and it made for a wonderful experience.”

PSC’s Director of Women’s Combines, Deeley, played a big part in facilitating both of Ornela’s moves in Iceland, and was quick to praise the ‘keeper’s on and off-the-field attributes.

“Tori is deserving of her latest opportunity, in terms of both her ability and character,” said Deeley.

“She’s been a pleasure to work with, and showed great patience while we waited for offers to materialise – so I’m really pleased the right offer came from the right club.

“Tori is the first of our women’s success stories this year, and she’ll be the first of many players signing and trialling with European clubs in 2018. I’m working with 10 female players and a number of clubs behind the scenes, and look forward to announcing all of these success stories in the coming months.”

Concluding her thoughts, Ornela expressed her gratitude to PSC for her success this past year. She said: “I want to thank Simon and PSC from the bottom of my heart – I really appreciate everything they’ve done for me during the past two seasons.

“Simon has done more for me than I thought possible, and I am very grateful for that. I hope to keep working with and representing PSC in the coming years,” concluded Ornela.

All of the staff here at PSC wish Tori the best of luck during her forthcoming season with ÍA Akranes.

If you would like to follow Tori’s path towards success, please e-mail simon@pscltd.co.uk for more information on PSC’s female events.