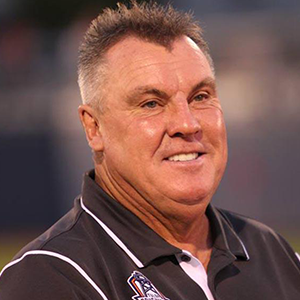 From playing, to coaching, to scouting, David Irving has had quite an impressive career when it comes to professional soccer. The USL Hall of Famer has played for a multitude of elite teams throughout his Football career from the Fort Lauderdale Strikers to the Tulsa Roughnecks. He has also played against legendary footballers like Pelé and Franz Beckenbauer among others. After retiring from professional soccer, Irving turned to coaching and has had an extensive career in the USL. During his illustrious coaching career, Hall of Famer David Irving has developed a reputation for finding players with modest backgrounds and giving them their first chance in the game. High profile examples of this are current EPL striker Glenn Murray, who Irving signed for Wilmington Hammerheads, and Luke Mulholland who went onto play in the MLS who was also given his first professional contract by Irving. More recently Irving has helped players such as Brady Ballew, Devin Morgan, Jasson Carpio earn their first professional contracts in the USL. Here are his Top 10 favorite PSC memories from the past decade…

England is always a special place to go back to as it’s home and I don’t get to visit too often! We ran a combine with PSC when I was coach of the Wilmington Hammerheads at St. George’s Park (England Headquarters) back in 2012 when it was just built. The combine was featured on Sky Sports at the time and we ended up signing a player so it was a really successful event for the Hammerheads and PSC. 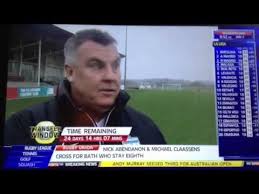 That would have to be in Turkey when we took the Hammerheads players over there on a pre-season tour. I can’t remember what Russian team we were playing. All I remember is one of our players Bryce Taylor running into a fence 🙂

That would be seeing Tom Taylor (PSC Director) trying to pass the ball in a game vs Rochester one year during torrential rain and a thunderstorm.

I’ve found a lot of players at PSC Combines over the years and it is difficult to pick just one! I’ve been with limited budget clubs and PSC has been an excellent source for discovering and recruiting players. It’s great when you can find a player who’s not been given an opportunity and see them progress and move to a higher level and I have overseen a few. Seeing Glenn Murray now playing in the Premier League makes me very happy that I impacted his professional playing career by giving him his first opportunity as a 17-year-old with Wilmington Hammerheads.

I have worked with lots of great people and still keep in touch with a number of players that used to play for me. It’s nice to see lots of my old players getting into coaching careers now who I gave an opportunity to like Adam Smith (Fresno), Anthony Hudson (Colorado), Mark Briggs (Real Salt Lake). Can I give you a list of least liked? 🙂

I think the hardest thing is seeing Christian Samuelsson’s white legs every winter… The club really needs to get him some new shorts this season!!

Well it would definitely be Tom Taylor as I unfortunately already have had to experience that!! He nearly killed me when we were on a sleeper bus to Harrisburg during one season. He was on the top bunk and I decided to take the bottom one.. It collapsed on me as he got up on the bed nearly crushing me to death! Not only once but twice during the journey. I’m still convinced to this day he was trying to take my job…

Never give up and make sure you are prepared when you come to tryout events! You have to be open to as many things as possible if you are looking to forge a career in this game. Every coach has a different opinion and sees something different and you have to respect that. If you look around the USL now it’s great to look at the list of players that have been to PSC Combines and due to their perseverance and hard work have gone on to have successful careers in the game. The great thing about PSC is that it also has different levels of play for players who aren’t ready to play at the professional level in this country. Whether its Sweden, Malta, Latvia then they find different places for players so they can try and progress in this sport.

I think you will see them continue being successful in helping players develop and continue to build on the events and academy programs they run. It would be nice to see them start their own club in the future as they have so much to offer to players and I enjoy being a part of it every year! 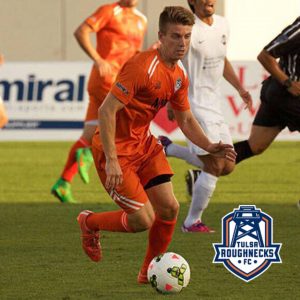 That would have to be when I was at the 2015 Las Vegas with PSC. I went down for a coffee in the morning before meeting the coaches and I had put my phone down on the table. The next minute all I remember was chasing someone across the casino floor who had stolen my phone and getting it back off him (I didn’t think I could run like that anymore!). I looked up and saw a number of the other attending coaches and some of the parents of players had seen what had happened…and enjoying the moment…I definitely learnt my lesson that day. Luckily we signed Seattle University graduate Brady Ballew later from that event which made up for the early morning run! He went on to score the franchise’s first ever goal and is still there to this day, running a successful coffee and yoga business with his wife. There are so many of these stories over the years and that is the reason why these events can be so special.