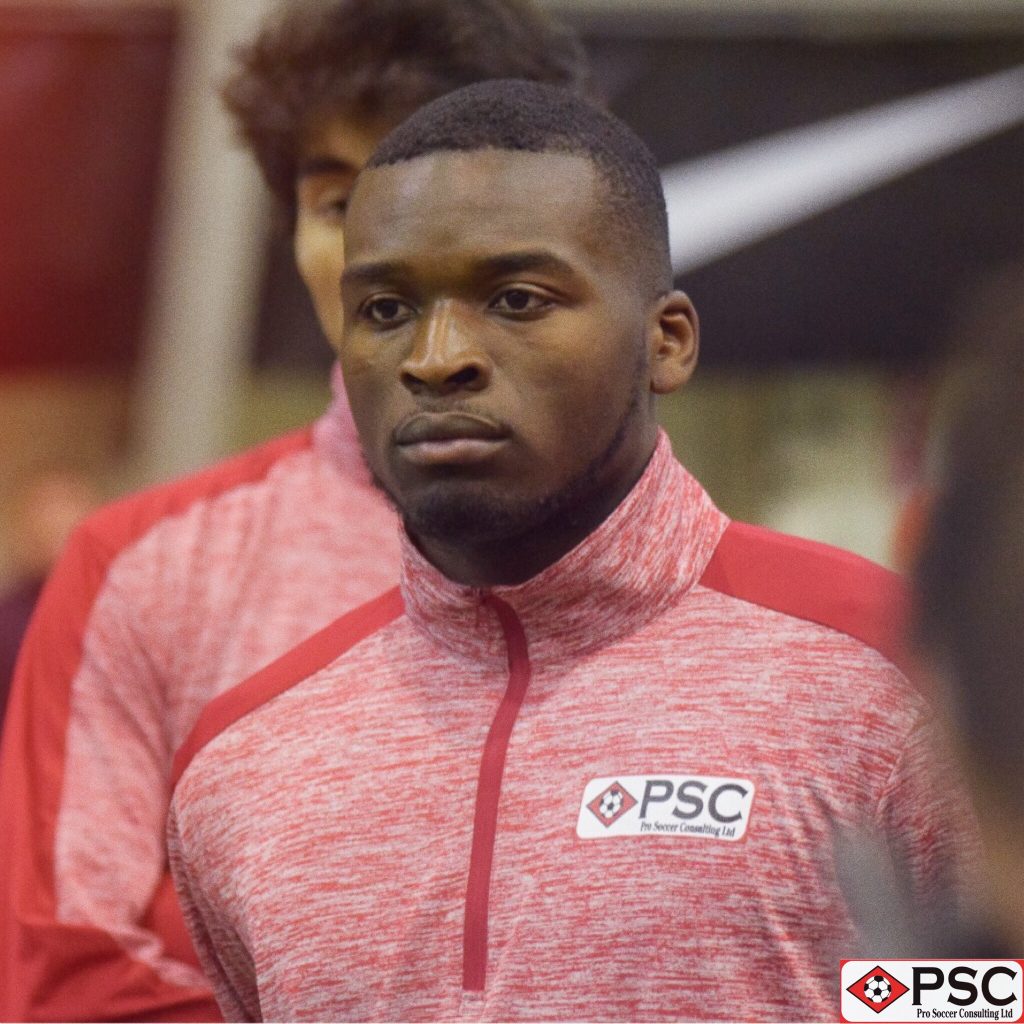 The 28-year-old forward – who was previously placed with a professional side by PSC – produced a number of impressive performances during PSC’s 2018 Baltic Showcase Tour, leading to Agency staff recommending his services to Utena.

Tagbo first came to PSC’s attention when he attended PSC’s 2014 UK combine. He demonstrated his ability, and was invited to attend the 2014 Development Tour of Sweden and Finland.

The Frenchman showed fine form against lower-tier professional sides, and his goalscoring capabilities were underlined when he netted a first-half hat-trick during the final game of the tour. Subsequently, he was invited to take part in PSC’s 2015 Showcase Tour of Ireland.

Tagbo further demonstrated his ability in Ireland, and his reward was a contract offer from League of Ireland First Division side Finn Harps – which he duly accepted.

The striker later had spells with clubs in Sweden and England, before an injury-hampered 2017 left him without a side – leading to his attendance at PSC’s 2018 Baltic Showcase Tour.

All of the staff here at PSC wish Wilfried the very best of luck during his trial period with FK Utenis Utena.