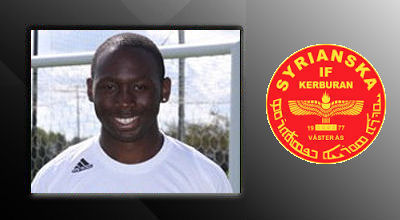 Q&A: 2016 Women’s Combine Attending Club Västerås BK 30 Talk About Qualities They Look For in a Player

Västerås BK 30 coaches Bengt Gustavsson and Mika Korhonen will be attending our forthcoming women’s Pro Soccer Combines in a vibrant mood after guiding their club to the second tier of Swedish women’s football and securing the Division One league title just weeks ago.

Västerås have signed a number of PSC’s Combine attendees during the past three years, including Sydney Blomquist, Lani Smith, Lauren Prott and Tori Christ, and will be looking to add to that list during this winter’s tryout events.

We caught up with Bengt and Mika to find out about the qualities they look for when recruiting a player, the club’s aims for next season, and a whole lot more.

You’ve recruited a number of players from PSC’s Pro Soccer Combines in the past – just how did your relationship with PSC begin? And how has that relationship developed?

We had a recommendation from Rickard Nilsson in Örebro, and after contacting Simon Deeley [PSC Director of Player Recruitment] we realised that PSC was a serious and competent company for us to work with.

PSC listen to our instructions regarding the type of player we look for, regarding both footballing skills and character. After all, it’s a big investment for us and a big commitment for the players.

PSC take care of the interest of both parties, therefore we can be very confident that we will sign players with high motivation, who are prepared for the demands of professional football. PSC also provide us with highlight videos of the players in action – these are very important for us during the process of signing a player.

What fundamental qualities have the players you’ve recruited from PSC’s Combines possessed?

The players are very ambitious and are consistently prepared to give 100% for the team they are representing. They have shown that they have the ability to learn and develop themselves as players. Lani Smith [PSC Combine attendee] has shown she has an instinct for creating goal-scoring opportunities and scoring goals – along with a great combination of speed, power and determination in important games.

Sydney Blomquist [PSC Combine attendee] is precise in her delivery of the ball and creates lots of opportunities for both herself and her teammates. Last year’s goalkeeper, Tori Christ, was not only a great player, but also a fantastic person and a great leader. Her positive personality inspired everyone at the club.

PSC Combine success stories Sydney Blomquist and Lani Smith featured in a number of this season’s games for Västerås. Just how important was their contribution to the team’s success?

They were a major contributing factor. Lani Smith contributed with an abundance of goals and assists and only missed one of our games this season. Sydney came in after the summer break, giving us speed and a fantastic range of play on the right wing. Their great accomplishments helped us win the league and gain promotion to the Elitettan this year.

Now Västerås have secured promotion to the Elitettan, what are the aims for next season?

Our main priority is for the club to avoid relegation and to develop the team and the organisation. Once we have established ourselves, we will aim to challenge for the higher positions in the league table.

Finally, what advice would you give to players attending this winter’s tryout events?

Be yourself and concentrate on your abilities, both on and off of the field.

Thanks for your time, guys.

Bengt and Mika will be attending both of our women’s Pro Soccer Combines in San Diego, California (December 5, 6 and 7) and Fort Lauderdale, Florida (December 10, 11 and 12). Click here for more information on the events.