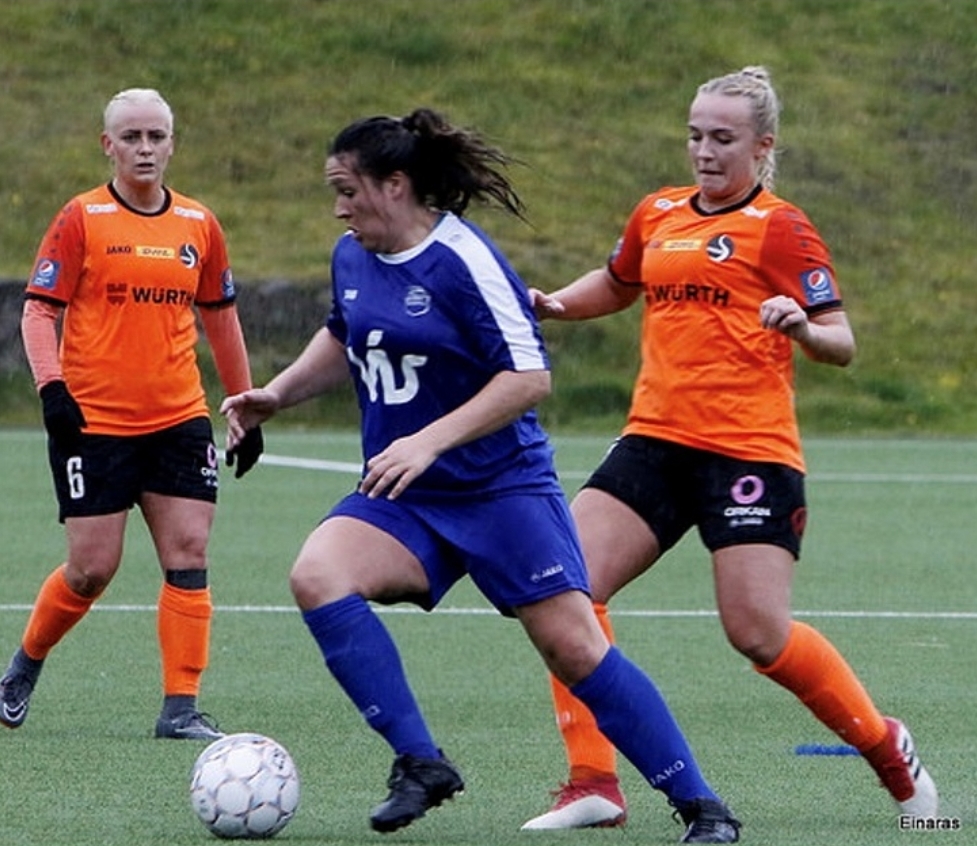 Having announced the signings of Ariela Lewis and Jennifer Reyes to Skovde KIK last week, PSC are delighted to announce Katelyn Nebesnik and Kelley Johnson will also be joining the Swedish Division One side. 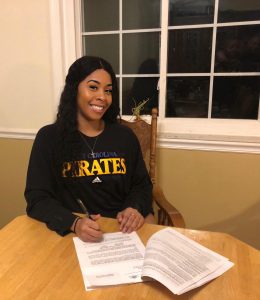 For Johnson, this is not just her first pro contract, but also her first time traveling to Sweden. Having attended PSC’s Women’s Pro Combines the previous year, she knew what to expect second time around and PSC Director Simon Deeley feels this might have given her the edge.

Kelley performed very well last year but did not quite do enough to convince the coaches of her professional potential. This year she came back much improved and a lot more composed as well. She clearly went away and worked on the areas highlighted last year and came back a more confident player which is a great testament to her character and attitude. She has signed with Skovde, but received interest from a number of clubs following her performance in Orlando.

Kelley herself, recognizes how wonderful an opportunity it is:
“I am VERY thrilled. I get the opportunity to play the sport I love in a beautiful place and many people don’t get this chance so I feel very blessed. I’m excited to experience Sweden for the first time and see the level of competition.”

When asked about the combines she attended she commented:
“I loved it, the other players were friendly, the coaches were helpful and the fields were nice. I was more focused, and able to play better this combine as I I knew what to expect.”

For Nebesnik, this is not her first time to traveling to Europe to play professionally following a PSC combine. Having signed with Icelandic outfit Sindri Hofn in 2018, following her second PSC combine, she came back to our California pro tryout this Winter to successfully earn another contract. Here’s what the SCU Stanislaus graduate had to say:

“I’ve never been to Sweden before. I’m most excited about competing at a higher level and improving my game with their team and coaching staff. Sweden will be my second signing and I am happy to keep playing, and hope to continue to do so.”

When asked about her experience at PSC combines:
“The tryout was a very organized event. Players have the time and opportunity to show their talent, hard work, and leadership over a three-day period. The coaches and recruiting staff are very involved with the players from warm up, to playing, halftime adjustments, and after games explaining what they are looking for. Every year the PSC events seem to become more and more competitive. It’s fun to play!”

PSC director Simon Deeley, who has worked with Nebesnik over the past 3 years was delighted to see her heading back to Europe.

“Katelyn is the model professional, and exactly the kind of player we want to help and work with here at PSC. After her first tryout she was told she needed to work on certain areas, came back and earned herself a contract. Then, after a year of playing professionally some players will think they are now too good to attend a tryout, or showcase themselves. Katelyn saw it as an opportunity to play in front of a wider range of coaches and earn a new deal. Without attending her third event she would not have been rewarded with her second contract in Europe!”

“Overall, I am delighted with both of these signings, as each player not only showed their on-field ability but have also shown their dedication and commitment to improving and breaking into the professional game. Exactly what we’re looking for here at PSC and we wish them the best this season”

If you are interested in following Katelyn and Kelley’s path to Europe please attend our next women’s pro soccer tryouts in January 2020.

Kelley would like to thank:
Simon Deeley, he has helped me the most during both combines, and my family and friends of course, they never gave up on me so I couldn’t let them down.

Katelyn would like to thank:
It’s been a long road to reach where I am. My mom and sisters are the ones who pushed me from the beginning to have fun and play the sport I love. I’ve grown up with great coaches and teammates, and in college my teammates supported me with everything. I’d like to acknowledge everyone who has helped me. This season I look forward to playing in a new country, and compete with a new club.